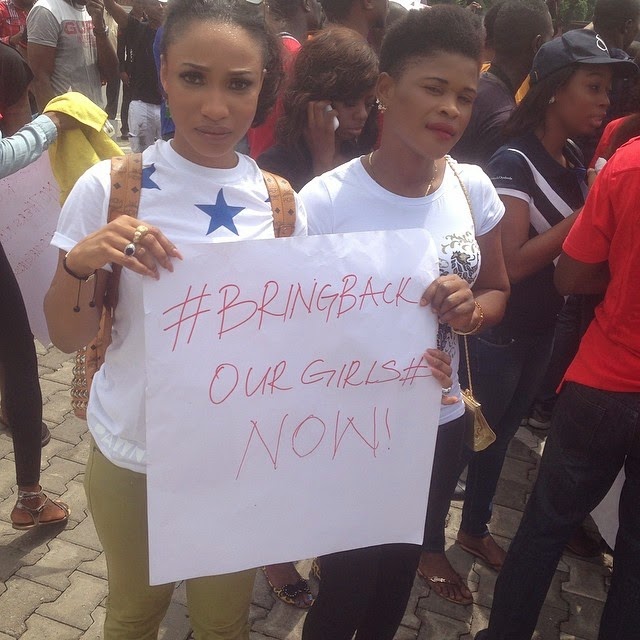 2 days after America voiced out support for the release of over 234 female students kidnapped by Boko Haram in Borno state, several American celebrities have advocated the release of the innocent girls in the bloody terrorists den.

Nigerian movie stars and musicians who have been in the hiding since the news of the abduction broke have started coming out.

So since yesterday several celebrities like Genevieve Nnaji, Doris Simeon, Toyin Aimakhu, Tiwa Savage, Toke Makinwa, Tonto Dikeh and many others have displayed their own home made #bringbackourgirls signs.

Many Nigerians have accused the Naija celebrities of coming out late.

A particular fan said if America didn’t voice out, many of our celebrities would have stay silent.

To be candid, many of them are now overdoing it…. 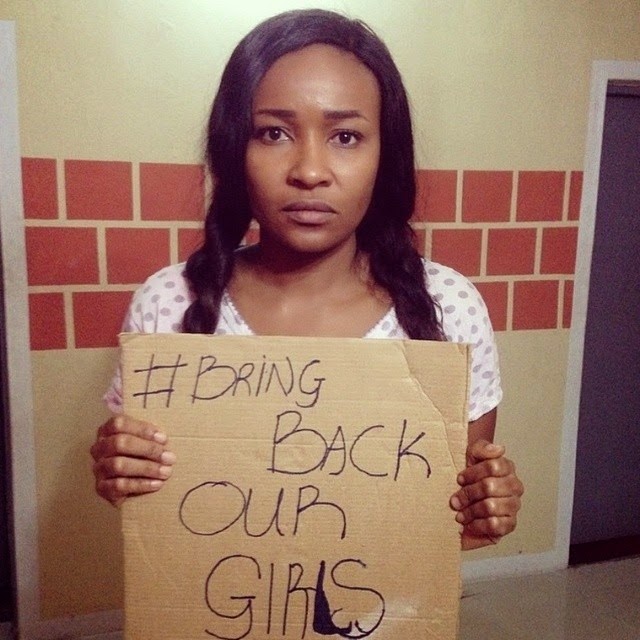 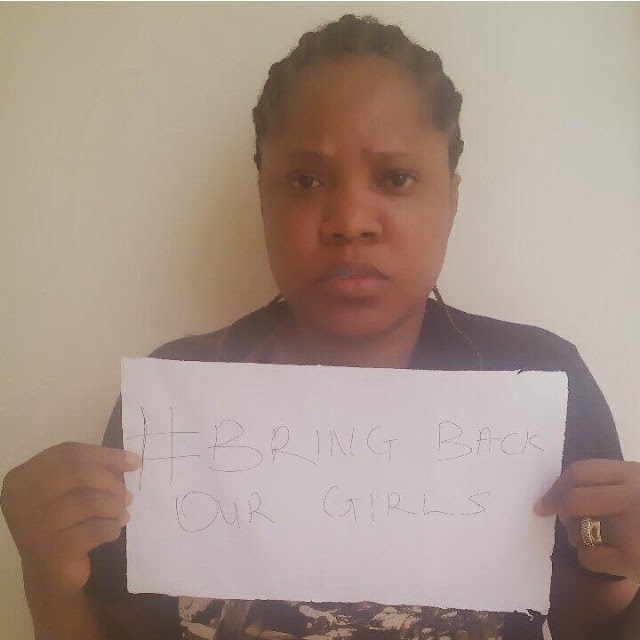 Naija celebrities make una hear, we need solution and not show off. 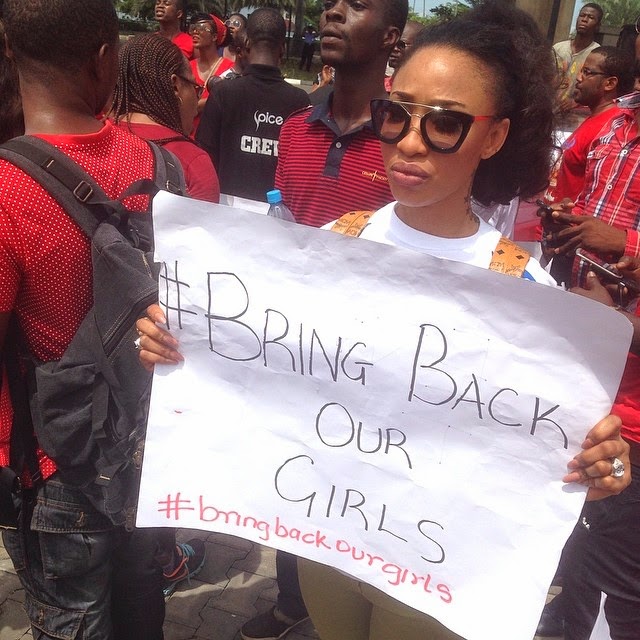 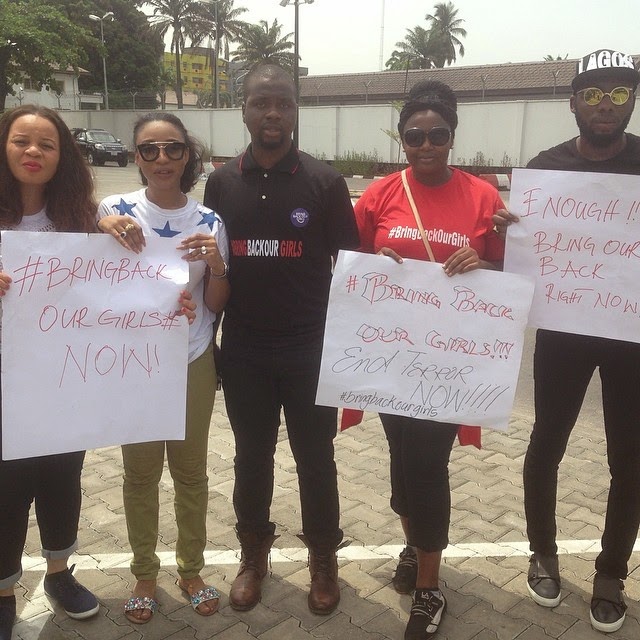 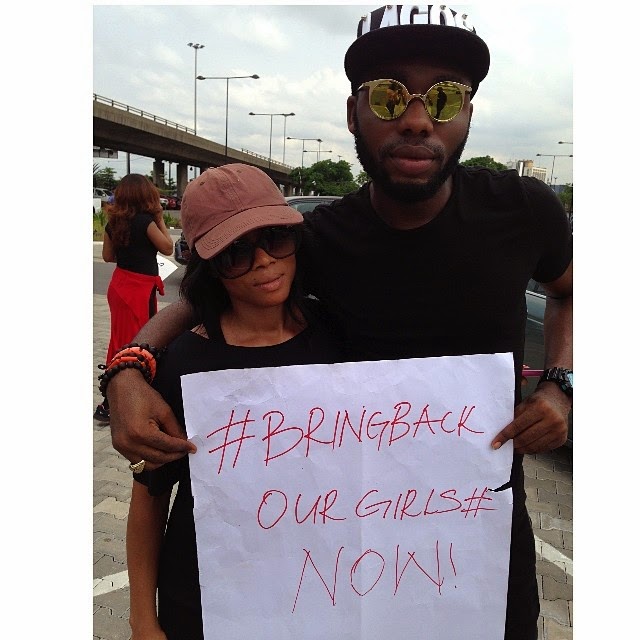 Continue Reading
You may also like...
Related Topics:bring back our girls, Campaign, lagos, nigerian celebrities, protest