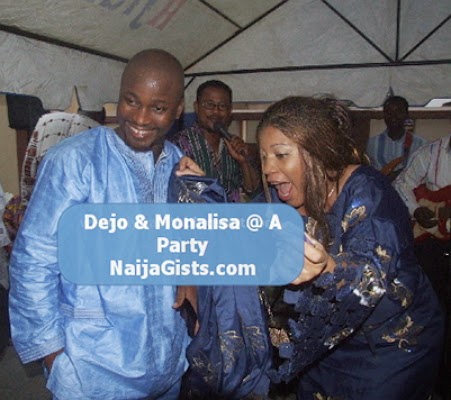 Read what Monalisa Chinda’s former husband, Dejo Richard said about his most awkward moment in a chat with PUNCH:

“I can never forget when two of my girlfriends caught me. I went to a friend’s house. I invited girlfriend A over to that house. I forgot that I had already told girlfriend B to come as well. Both of them ‘jammed’ at my friend’s house. Ah! I didn’t know what to do. I went and hid in the cupboard. I was lucky girlfriend A was mature and she left the house. I thought the women were going to kill me. I had never been in such a tight corner before. I thought I was a super player. I realised that it was the biggest mess I have ever found myself in.”

Monalisa Chinda is yet to give marriage a try since.

The ex-lovers are blessed with a daughter named Tamar Lily