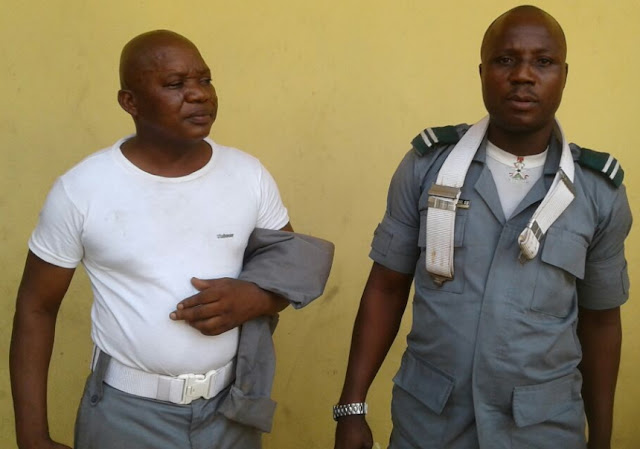 Officers of the Nigerian Customs Services, Federal Operations Unit, Zone ‘A’ Ikeja have attacked a Magistrate of the Lagos State Mobile Court, Magistrate Lekan Aka-Bashorun and carted away court exhibits with recording gadgets.

One of the fully armed Nigerian Customs Assistant ‘1’, Mr. Yusuf S. S with Service No. 48730 and a card No. 368 attached to the Federal Operations Unit, Zone ‘A’ Ikeja was said to have slapped Magistrate Aka-Bashorun for ordering his court officials to impound Nigerian Custom officers private vehicles for traffic offences. 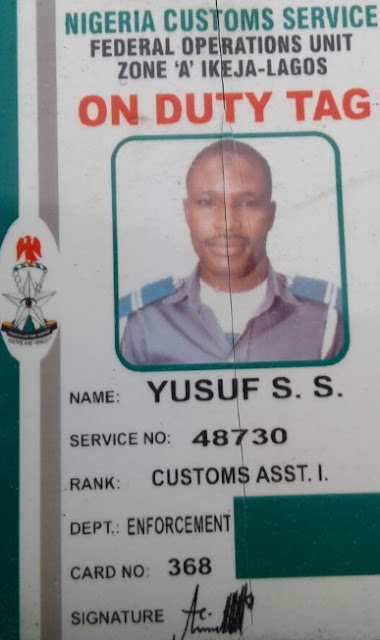 His other armed men beat-up two para-military officials and manhandled two Superintendents of Police attached to the Lagos State Task Force, Sunday Ikharere and Adeloye Okunola at the gate of their premises in Ikeja.

Taskforce spokesman, Taofiq Adebayo said officers of the Nigerian Customs Service at Ikeja who trooped out en-mass angrily and violently reacted to the operatives of the Lagos Mobile Courts, claiming that they were Federal Government Agency and were fully exempted from any of the Lagos State Government’s laws, particularly the Lagos State Road Traffic Laws of 2012.

The operatives of the Court commenced its operations from Allen Avenue in Ikeja, impounding both commercial and private vehicles for various traffic offences down to the Nigerian Customs Operations Unit, Ikeja area where private vehicles were flagrantly parked along the walkways beside an illegal car wash despite a ‘No Parking’ signs printed by the Management of Nigerian Customs on the walls of the premises.

“After impounding all these vehicles beside the Nigerian Customs premises by officials of the Lagos Mobile Court for various traffic offences, men of the Nigerian Customs Services angrily barricaded the highway with heavy stones and used tyres and descended upon court officials and all impounded vehicles’ registrations number plates were forcefully carted away, including two mobile phones-Samsung Tab ‘A’ 2016 and Samsung A5, with a Sony Camera used for recording as evidence before the court proceedings.

“The fracas, which had two Customs officers arrested would have turned out to be a bloodshed as many Customs officers came out with dangerous weapons, including guns but was later doused by the Chairman of the Lagos State Task Force, SP Olayinka Egbeyemi who came to the scene and moved away officials of the Court and policemen,”

However, Egbeyemi said since both the police and customs officers belonged to the same Federal Government, there was no need for disagreement.
The assaulted Magistrate, Aka-Bashorun who said there was no government officials, be it federal or state government was above any laws of the country, however, called on all Nigerian Security Serving chiefs across the country to call their respective officers to order and that they must subject themselves to civil rule or face the consequences for disobeying any laws of the country.

He said the era of military rule in this country had gone therefore directed the management of the Nigerian Customs Service, Federal Operations Unit, ‘A’, Ikeja to immediately compel their officers to return all court exhibits, including the two phones and a Sony Camera in their possessions without any further delayed to his court.