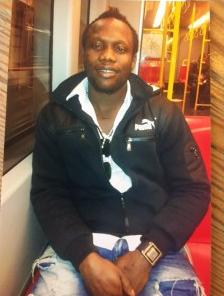 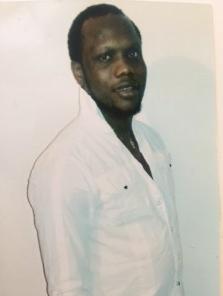 A Nigerian man from Imo State has been tortured to death by police officials in Vienna Austria.

The 31-year-old torture victim identified as Kingsley Chinagorom Echeta passed away around midnight on the day police arrested him for staying in the country illegally.

The deceased has an 11-month-old baby girl with his Austrian girlfriend, Patricia Urbanek.

The lovers plan to get married in October before his untimely death.

Late Kingsley Echeta reportedly died of torture in police custody on Monday the 22nd of June 2015.

His fiancee, Patricia narrated to Global Reporters how Kingsley died in Police custody. 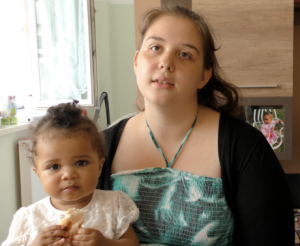 “I called my husband-to-be on Monday (22.06.2015) around 8pm, and he did not pick. I was still trying till 10pm. I called again around 10:30pm, and one of his phones was switched off. I said okay maybe he was busy and would call me back. In the morning I tried again and the two phones were now off. I was worried because he does not behave like that unless when the police arrest him because of documents. …
… “On Thursday I went to Landesgericht (regional court) to find out if he was there, and if I could see him.

They told me that he had been there but that they had already released him, and that he was out. That means he was not dead, so I went home and was waiting for him to come home. I tried to call him and his phones were still off. I waited and he did not come home. On Friday I went to the police station in Rudolfstiftung in 3rd district. I told them there that I was looking for my boyfriend, since Monday his phones had been off, and he had never come home and that I was worried about him too much. They asked me what kind of relationship that was if I did not know where my boyfriend was since Monday. I told them that, how would I know if I had not heard from him and had been looking for him. I told them that I had got a letter from the ambulance that they had taken him to hospital on Tuesday morning around 4am. They told me to wait.

“They made calls and called me in after about 30 minutes. They asked me to sit down and call my mother. They told me that my boyfriend had stopped breathing and had died on Tuesday, and would not tell me exactly when he had died on Tuesday, but that he was dead.
“Today (29.06.2015) we went to see his dead body and to know what had happened to him. I saw that he had a fresh open wound on his left eye, and his mouth was “swollen up. Somewhere around his neck was also open, and I don’t know what that could be. It looked like he was sleeping.