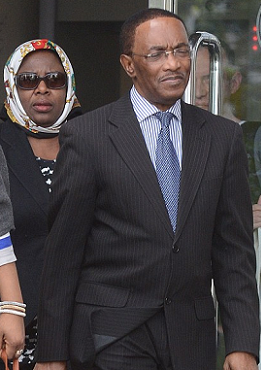 Meet Doctor Emmanuel Edet and his wife Antan who are currently facing trial in London for human trafficking and slavery.

The 60-year-old UK-based physician and his 58-year-old wife allegedly used an orphan Ofonime Inukinto as slave in their mansion for 24 years.

The 39-year-old orphan reportedly fled the couple’s mansion while they were away on Christmas holiday to Nigeria last year. 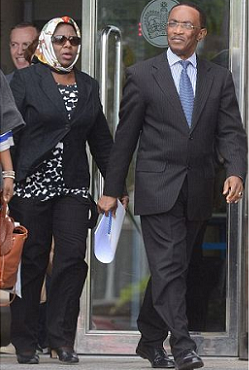 The victim said he started living with the couple at age 12 before they relocated to Israel when he turned 14. From there, they moved on to London and changed his name to their name in order to facilitate him getting a UK visa.

Inuk who narrated his 24-year slavery ordeal at the Harrow Crown Court house almost brought the jury to tears.

He said he was forced to sleep on the kitchen floor on a dirty mattress that was discarded by a hospital.

He was scared when he realised that the couple would not pay for him education.

The jury was told Mr Inuk escaped after hearing about another case in the media while the couple travelled to Nigeria for Christmas. He contacted a charity which tipped off police who were stunned to find him alone in their £450,000 four-bedroom terrace home in Perivale, monitored by a CCTV camera.

He was forced to wash clothes by hands because the couple told him it was too expensive to use a laundry machine.

At a time he tried to return to his family in Nigeria but he couldn’t because he was totally dependent on them. At a point, he tried to take a computer course at the college but the Edets stopped him.

In a police interview, he said they call him the ‘house boy.

‘My role is to stay in the house … I always do everything in the house, sir … clean, cook, wash car, the gardening, ironing … or maybe like a slave. That’s called slavery.’ – 39-year-old Inuk told police.