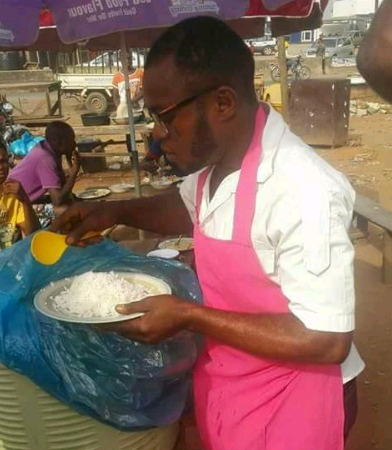 His mini restaurant is located at Ihiala area of Anambra state.

One of his customers, Timothy Motivator Ofoegbu shared his story on Facebook on Tuesday to motivate other Nigerian youths waiting endlessly to land office job.

This is what Mr Ofoegbu wrote about Chijioke: 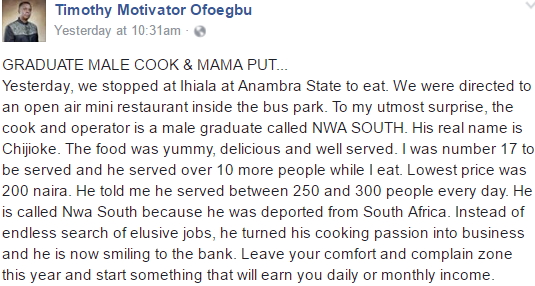 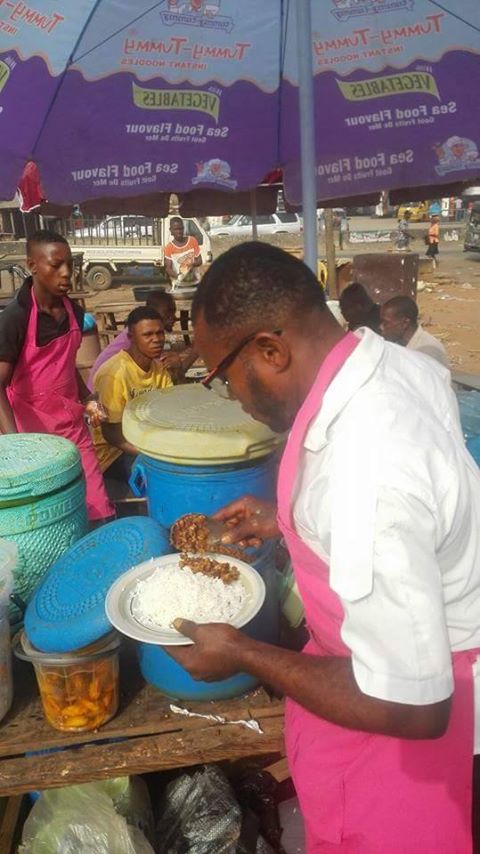 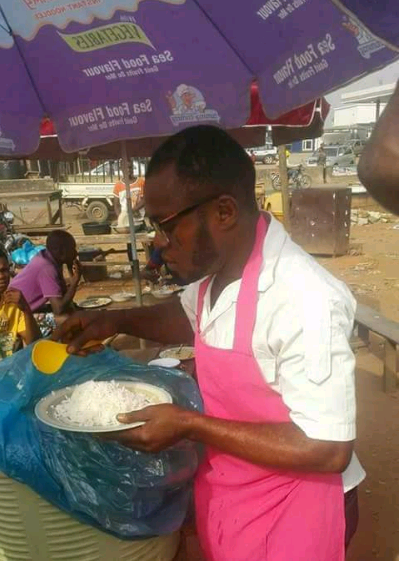