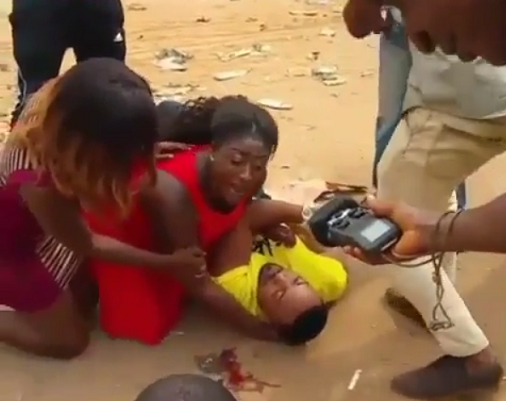 November 19, 2016 – Pictures: Nigerian Man Plays Dead, Wakes Up To Propose To His Girlfriend

Naija Guy Stages Car Accident Scene, Rises Up To Propose To His Girlfriend

With the help of some experts, the guy pictured in yellow shirt above staged an accident scene just to catch the attention of passersby.

He was seen in the pool of his own blood by the road side as if he had died in an accident.

His girlfriend of over 8 years was brought to the scene to mourn him.

The young lady in red was seen crying, shaking and calling him to wake up when he suddenly rises from the floor and proposes to her.

The lady was so emotional that she didn’t bother about the rolling camera and the calm people at the scene of the staged accident. 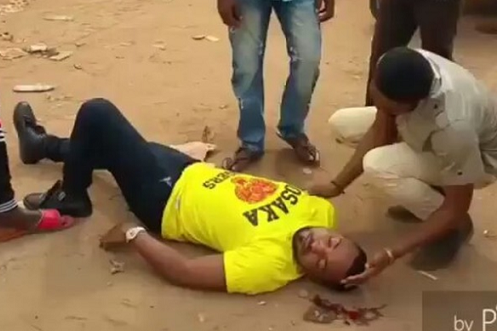 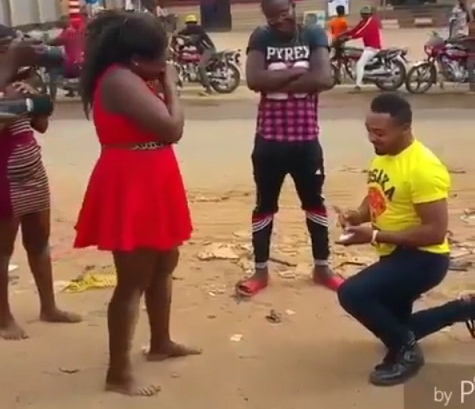 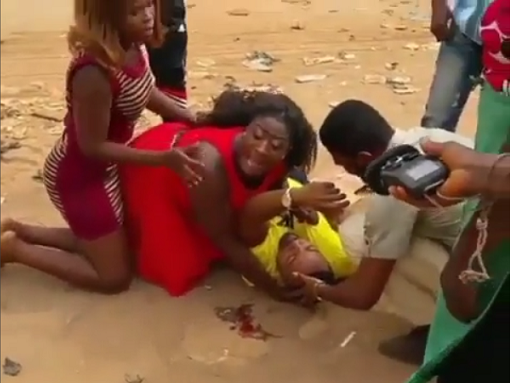 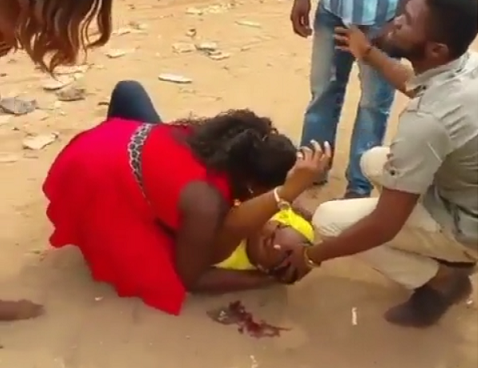 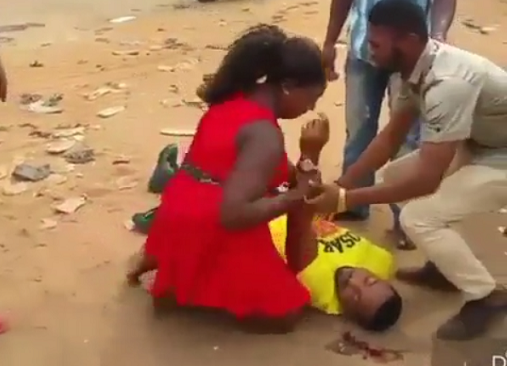 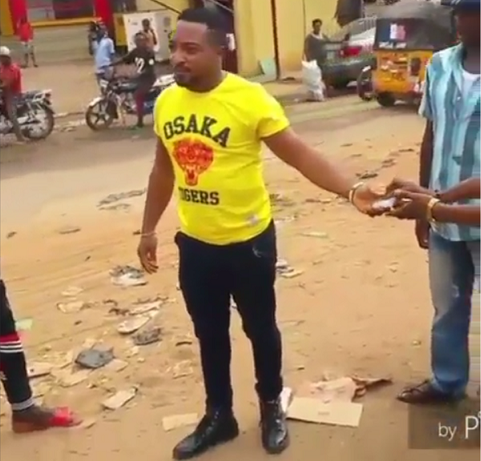 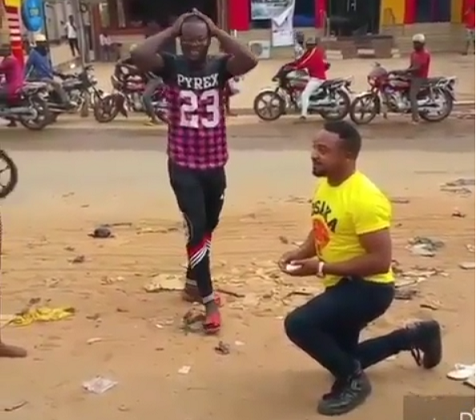 Ladies what would you do if you were in this lady’s shoes?

See The Photo Of A Principal & Female Teacher That Got Everyone Talking
Nollywood Actor Ayo Badmus: I Bought My 1st Car In East London In 1987