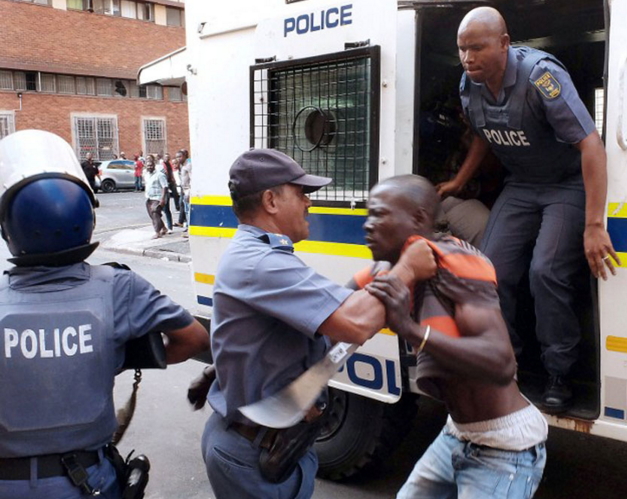 A Nigerian man simply identified as Victor was arrested in South Africa today over allegations of drugs possession and expired passport.

In another case of police brutality in South Africa, he was severely tortured and beaten to coma.

The criminals in uniform later dragged the Nigerian guy to their station in Kempton where he reportedly died of internal bleeding.

Friends of the deceased said he was tortured to the point of death.

To cover up their mess, the police alleged that the Nigerian man died of drug overdose. 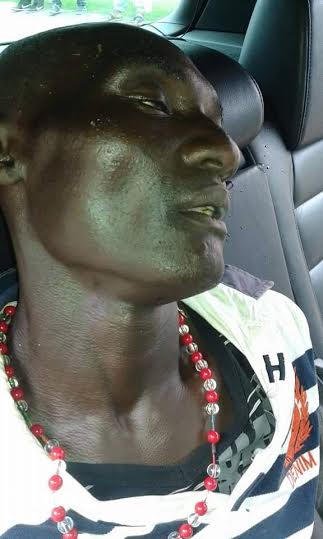 Mere looking at the man, one can sense he was tortured. 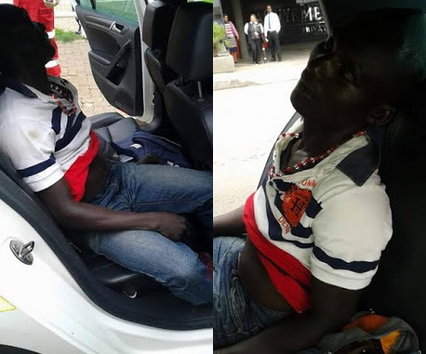 Why are Nigerians treated like animals in South Africa?

This act of intolerance is becoming unbearable.

RIP to the deceased.