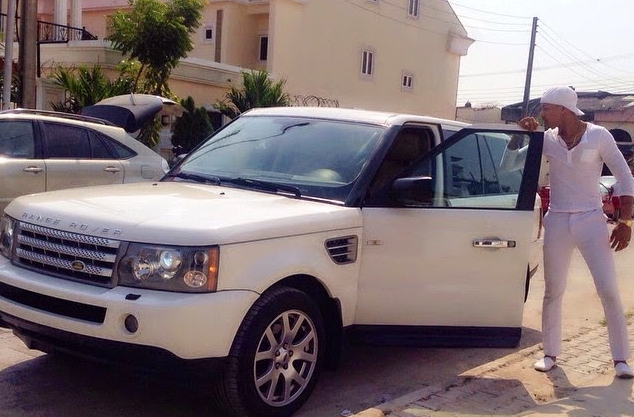 As we all know that Nollywood actor IK Ogbonna is fond of celebrating the love of his life, his Colombian wife, Sonia on the social media.

On Christmas day, IK told fans he has bought his wife a brand new Range Rover.

To cut the long story short, the car broke down yesterday during a boxing day party at Madam “Self Made Millionaire N450 million mansion” in Banana Island.

A mechanic was called in to fix the car while guests take photos.

Hear what an eyewitness who tagged NaijaGists.com said on IG yesterday:

“Obviously the brand new motor @SoniaLareinaa was showing off isn’t brand new after all.
How can you buy such a big car and allow a mechanic with rice bag to come fix am! What an insult to legit Range Rover owners… Na by force to belong?

Borrow pose family. I pity those who envy this fake couple. They have to showcase everything…even intimate gifts. Are you two the only married people? Shishi Iyke no get, Na to carry oyibo akwuna shine.

Your wife no go become UN interpreter again? Ndi “I dey school”…
It’s just annoying that each time you come online to see great couples, these two will saturate the net for the wrong reasons.

Sonia needs to be careful of this guy. Ever since she born this pikin, IYke no remember him daughter again. In fact she no exist. Na only Ace be pikin. My dear Sonia, this isn’t love. Take pictures with your step daughter and show her off too. Advice your fake husband to do the same. Ace Na the golden pikin now… We should all jump off Oshodi Bridge.

I’m surprised on a big day like these that everyone is spending time with family and friend, Na Linda Ikeji una run go meet. Shame no dey catch una.

Sonia, you no get family? Iyke you no get family? Abi dem don disown una for this Unapproved Union? Una just dey dia dey deceive each other. Na only una sabi love. Desperate housewife and broke desperate husband. Since you two don’t know what privacy means, you will keep being on blast. 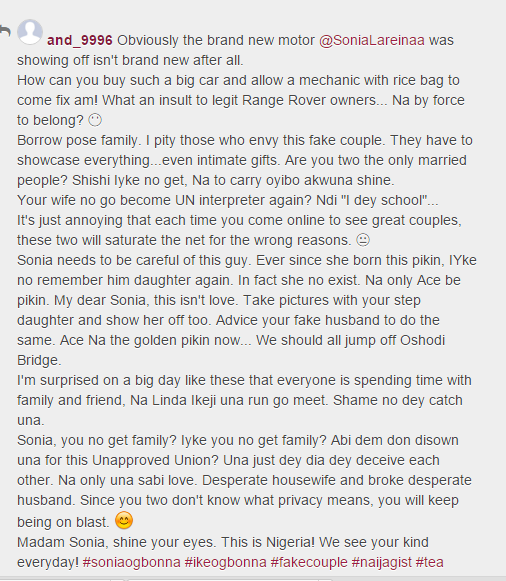 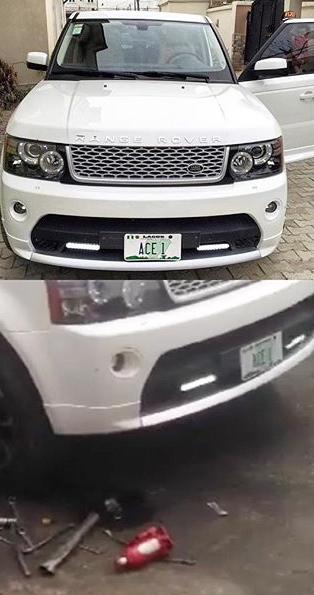 From the look on that picture, this is no brand new Range Rover. But ee, it is still looking good.

IK should learn to ‘make mouth small’ in order to prevent public disgrace like this in the future.