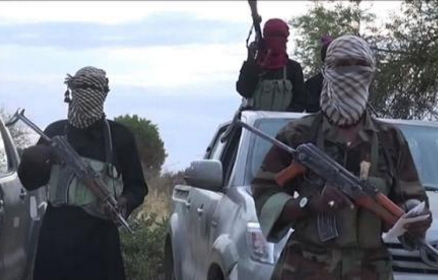 Gunfire and explosions could be heard in the evening in the city, the birthplace of Boko Haram battling to establish an Islamic state in Nigeria.

“We just came out of the mosque after evening prayers, then we started hearing gunshots … then suddenly there was the sound of a blast,” said Nene Hassan, a resident, adding that 7 people died and five were wounded.

5 terrorists and 2 troops reportedly died in the attack.