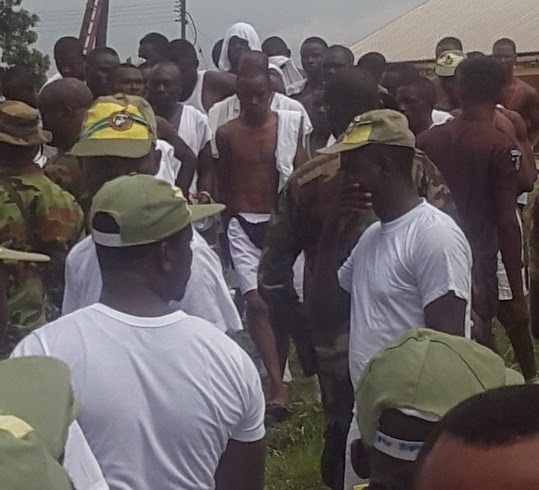 Some members of the National Youth Service Corps (NYSC) were disgraced at Nonwa-Gbam Tai Local Government Area of Rivers State this afternoon for being rude to their leaders.

Soldiers were brought in this afternoon to calm down the guys who proved stubborn at the NYSC orientation camp on Thursday.

At the command of the heavily armed soldiers, over 20 guys were paraded around the camp naked as a punishment for earlier offence.

This was reported by some serving members of the National Youth Corps few hours ago: 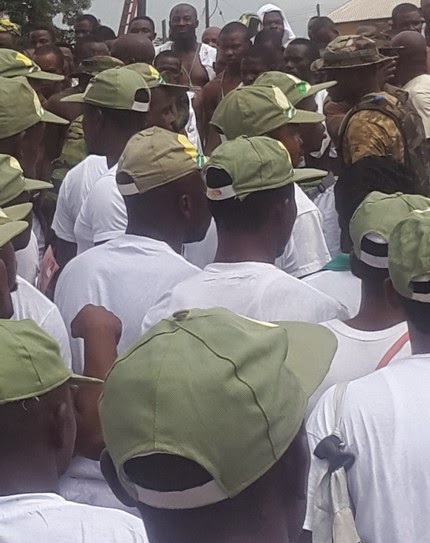 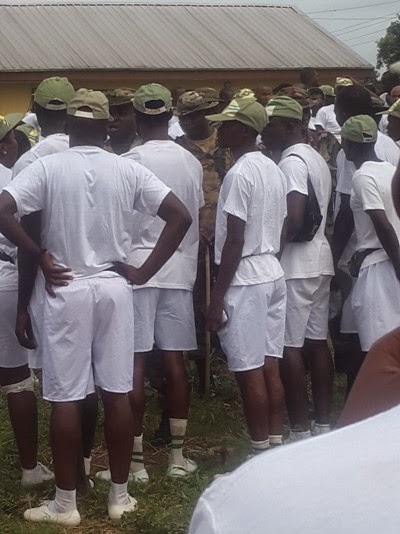 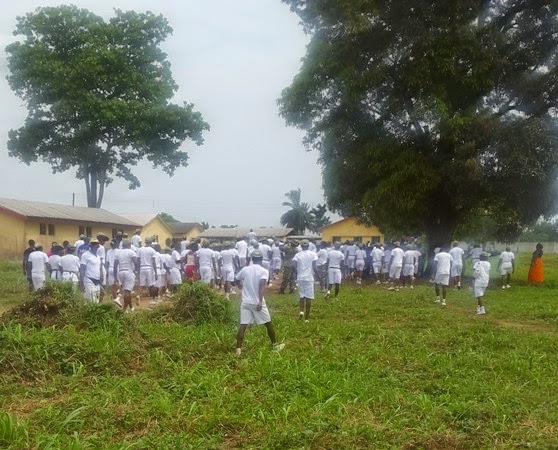 Don’t they have any other means of punishment?? Must they strip them to show that they’re being punished… This can only happen in Nigeria.