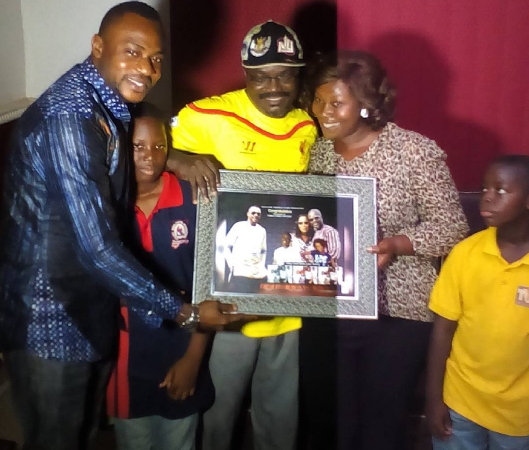 Over the weekend, Nollywood actor Odunlade Adekola lit up Ibadan to celebrate with the winners of his couple’s video contest, Mr Deji Bakare and his wife Bunmi.

Odunlade and his beautiful wife Ruth sponsored the contest to commemorate their 13th marriage anniversary.

The actor who wore a dark blue shirt stormed Mr and Mrs Bakare’s home around 10pm on Saturday  and he was treated to sumptuous meals.

Odunlade Adekola dropped an envelope for the couple in addition to the award plaque in the photo above. 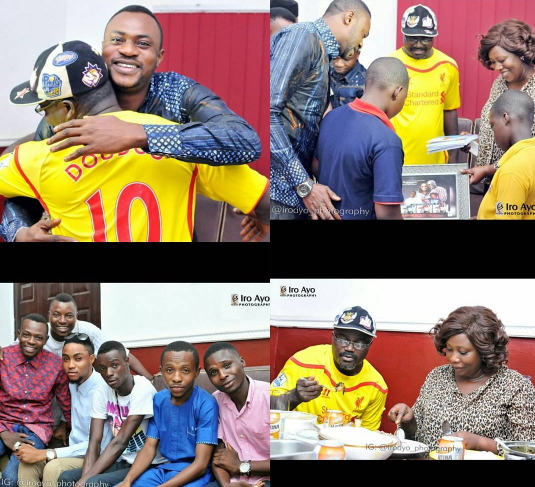 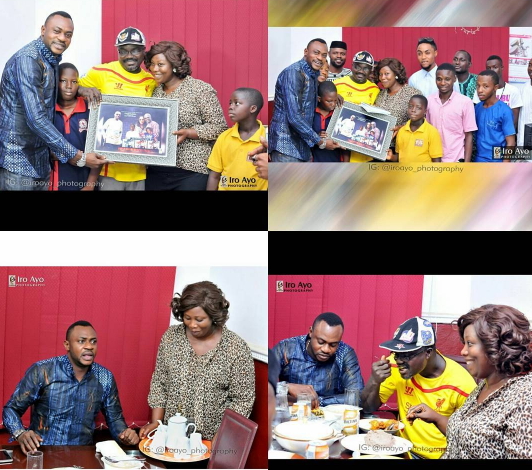 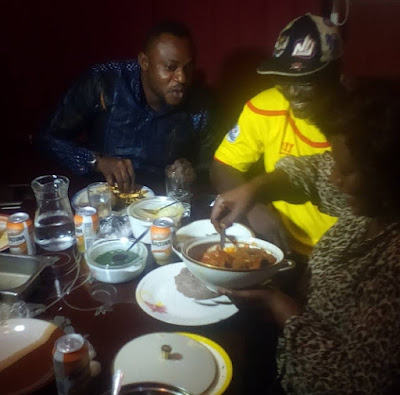 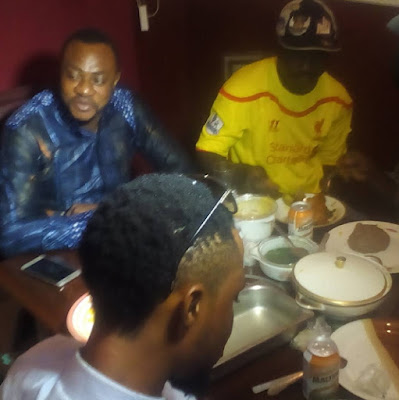 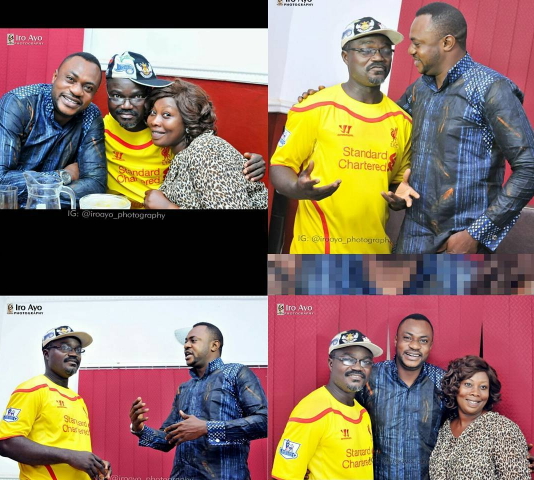 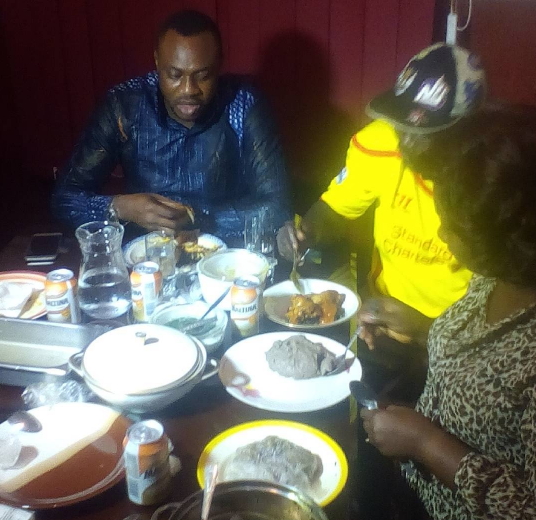 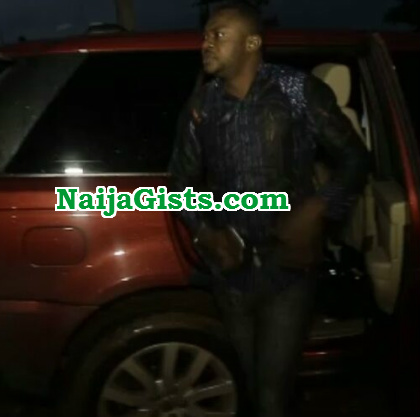