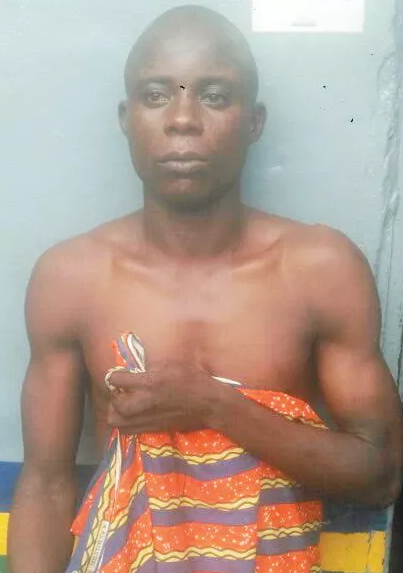 May 11, 2016 – Pictures:  Serial Killer Who Escaped From Akwa Ibom State Arrested In Lagos State While Treating Gunshot Wounds On Testis

Sunday James, a 33-year-old wanted serial murderer who has killed a lot of people in Akwa Ibom State has been arrested in Lagos.

Mr James was yesterday caught at a private clinic on Orisha Imuda Street in Lagos while receiving treatment for gunshot wounds on his private part. 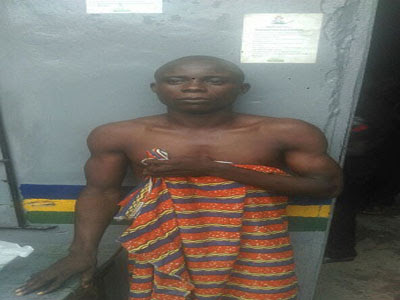 Police stormed the clinic following a tip off from anonymous staff of the undisclosed clinic.

In his confessional statement, James said he sustained wounds on his testis during an operation in Akwa Ibom State but due to the critical nature of the wounds, friends advised him to relocate to Lagos for proper treatment.