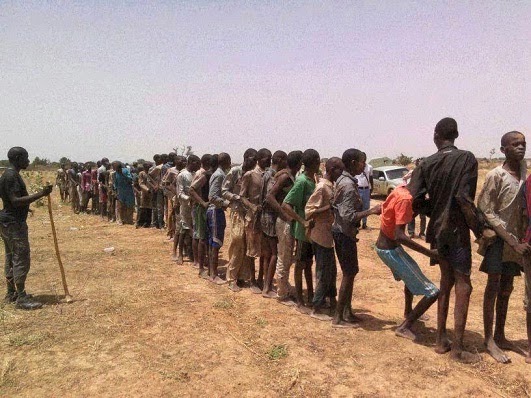 May 22, 2014 – Pictures Of Genocide In Borno State Nigeria Shared By Sheik Gumi Is Fake – Dr Brimah

You might have seen some images purported to be genocide in Borno state, apparently published by BluePrint magazine and shared by outspoken Boko Haram critic, Sheikh Gumi on his facebook page. We will like to verify that indeed this event did take place according to our investigations, but it needs better elaboration. Firstly it must be clearly stated that the act of children being summarily executed is abhorred and without defense.

Secondly, execution of captured suspects must always be preceded by trials. 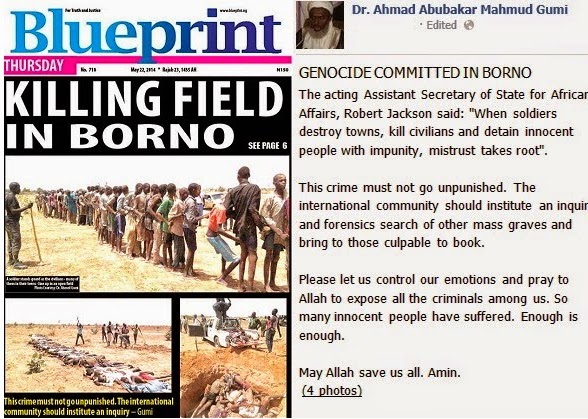 The images being spread are from the Giwa barracks escape event of March this year. These were the captured escaping suspects. The executions did happen as a joint action of the Civilian-JTF and army after they apprehended the escapees. This event and images are general knowledge and have been raised by human rights organizations and have been widely condemned as crimes against humanity.

Over 200 Boko Haram suspects and suspected escapees were executed in Jiddari Polo and about 600 in Mairi ward in this fashion after that prison break.

It must be clarified that these are not Almajiri’s gathered from the streets of Borno.