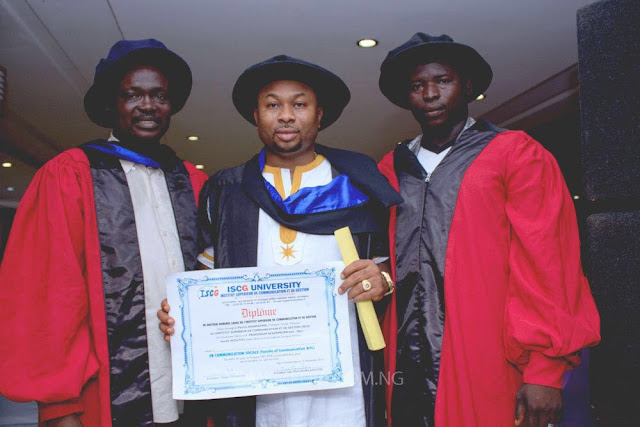 Over the weekend, Amb. Olakunle Churchill added another feather to his already feathered cap as he bagged a Doctorate Honours from ISCG University in Republic of Benin.

The professional institution which majors in communication, ICT, Journalism and other related information courses on 28th of May held their biannual academic programme and awards to honour distinguished personalities who have over the years made a name in the profession and field of endeavours.
‎
While decorating Amb. Olakunle Churchill with the PHD honours and as the newest academic Doctor in Communication Sociale (Faculty of Communication arts) , Vice Chancellor, said that this recognition was one of the highest professional honours in the country which is recognised anywhere in the world. 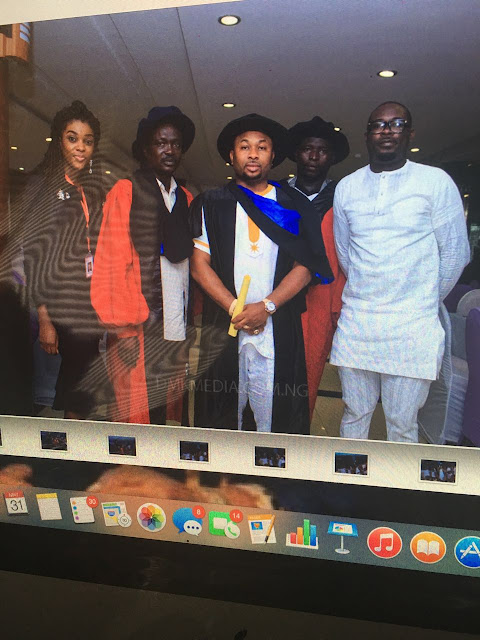 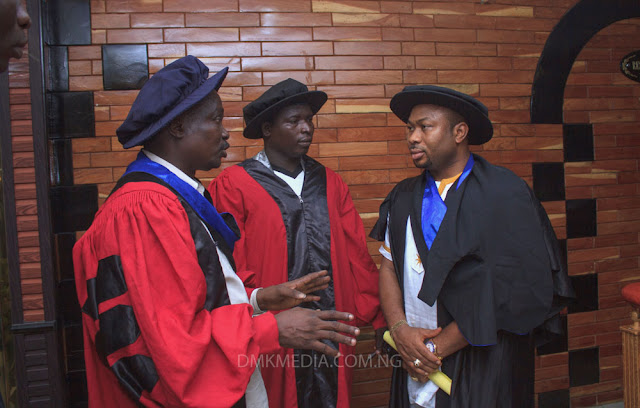 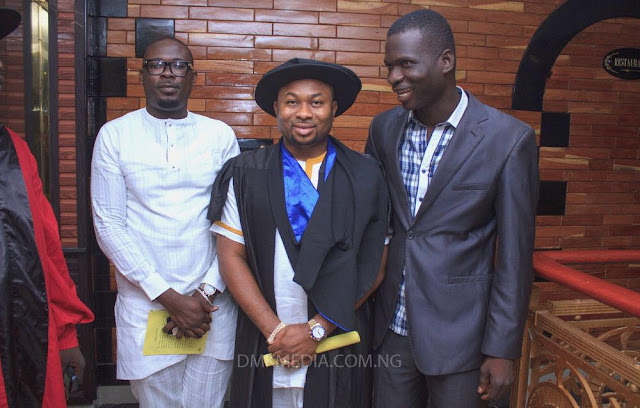 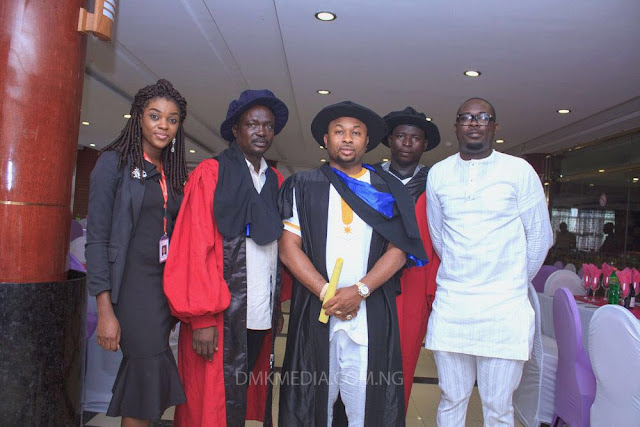 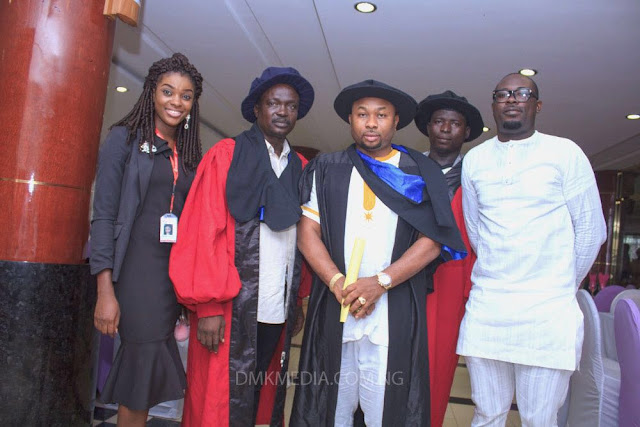 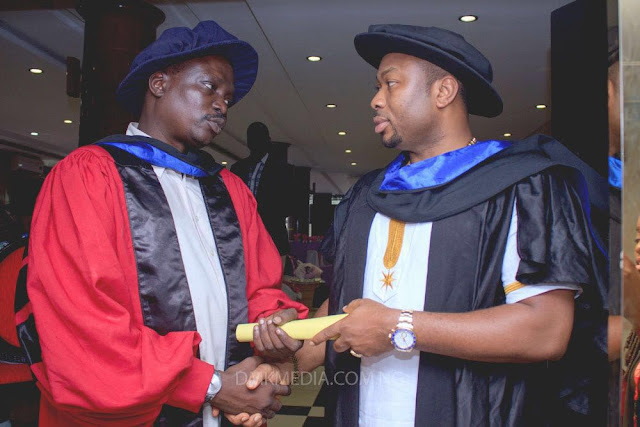 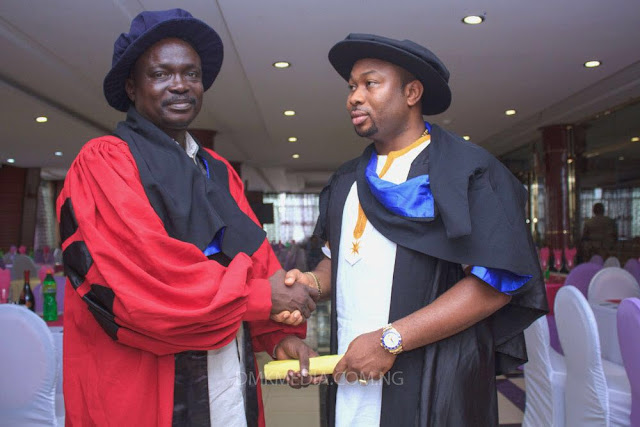 The CEO of Big Church Group, who had over three engagements on the same day, had to fly private Jet to Lagos for an award, to Otokpa in Benin Republic for the programme and finally Owerri to put up appearance as a guest at Kanu Nwankwo launching of Papilo FC in Imo state.
‎
The former Nigeria Captain Kanu Nwankwo also hosted Dr. Churchill Olakunle for a celebration party in where he was indeed cynosure of all eyes.‎ 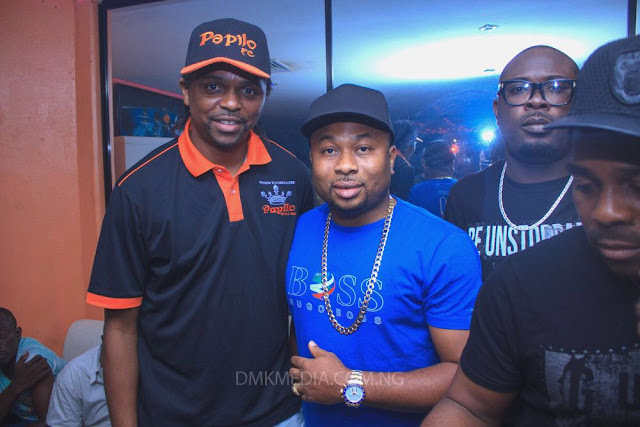 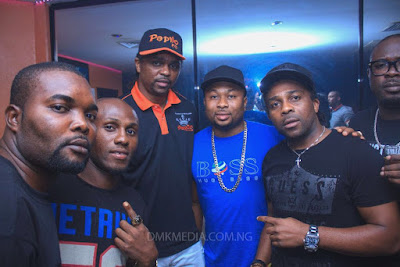 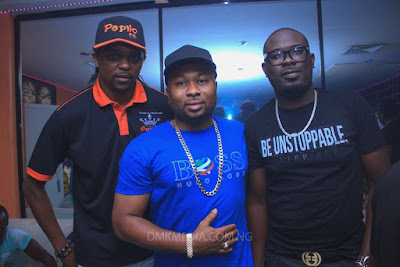 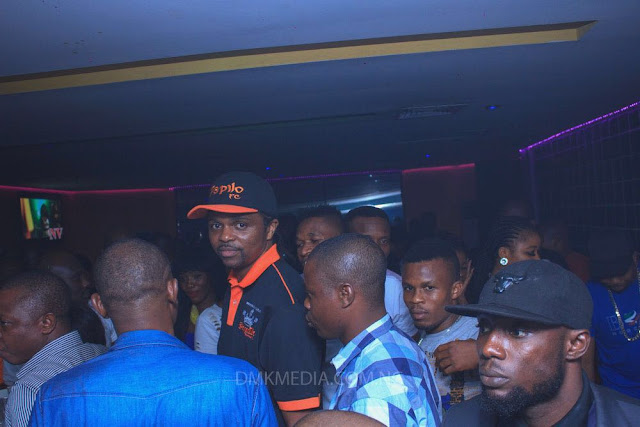 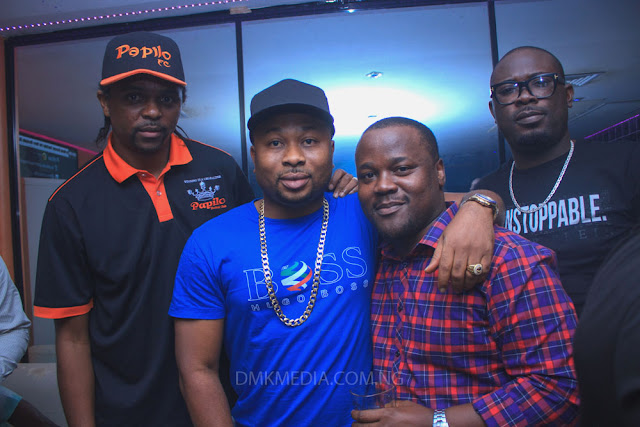