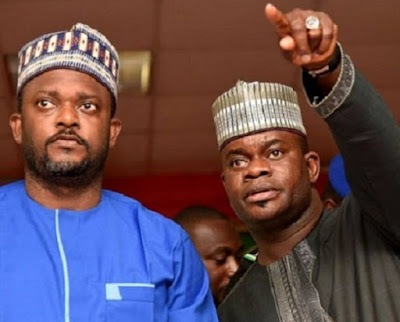 Check out the viral photos of Kogi State Chief of Staff, 38-year-old Edward Onoja and an elderly man said to be in his mid 80s.

According to stories on the social media, the man seeking a job at Kogi State Government Lodge was introduced to Onoja and forced to prostrate on seeing him. 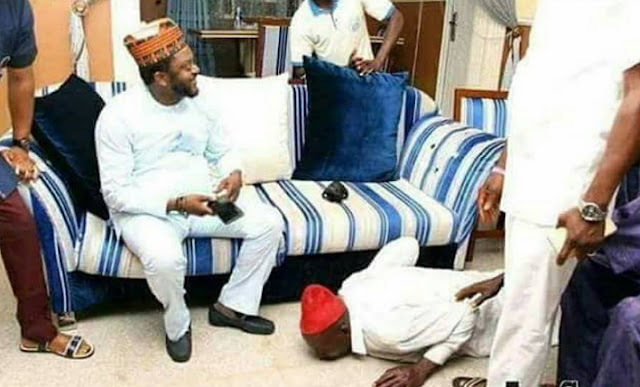 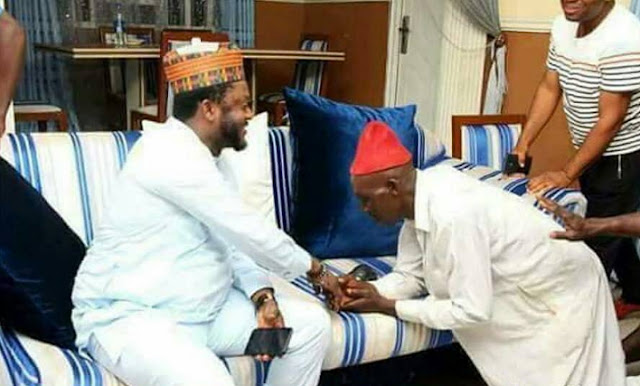 Chai! which kind job will this old man be able to do at this age. Na wao..