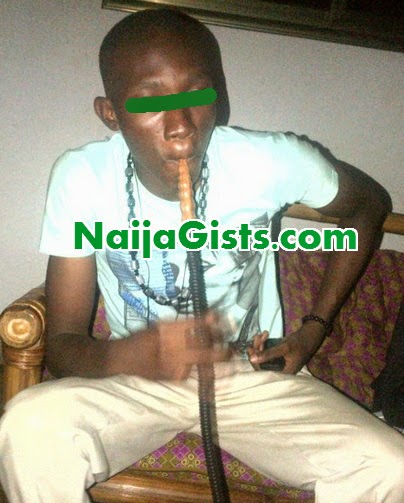 A University drop out who allegedly killed his 70-year-old father, Moses Tifase in Jakande Estate is clinging to life at the hospital.

22-year-old Oluwaropo Tifase told police a spirit entered him in police custody and ordered him to remove him testicles which he did effortlessly.

The suspect who is now admitted at the Lagos Island General Hospital reportedly sneaked into his dad’s bedroom on December 6, 2014 and stabbed him on the neck with a pair of scissors following an argument over money. 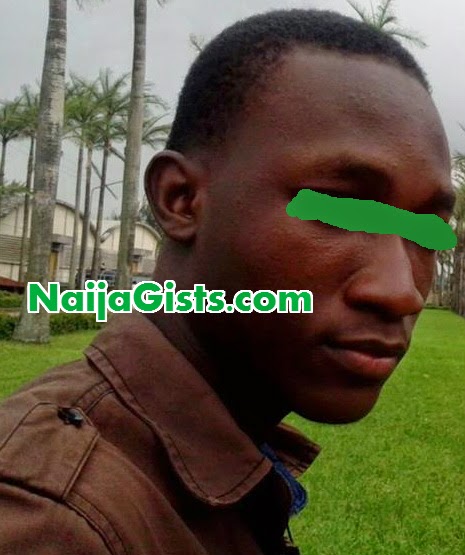 Oluwaropo reportedly ran away from home after killing his father. It was his 65-year-old mother, Funmilayo Tifase who alerted the neighbour.

The suspect is the last child of the family and the only son of a family of 7.

Oluwaropo told police he used broken tiles on the cell’s floor to remove his 2 testicles because he’s frustrated with life.

“I got frustrated with my life while in the cell because I was alone and was abandoned there. I didn’t see outside of the cell for a long time. “A spirit entered into me and said I should do it. So I castrated myself. I removed the two testicles myself.” – Ropo told police

Ropo said he was dismissed from school in 400 level at age 17 for cultism. He however denied being a cultist.

“I am not a cultist and I didn’t kill my dad. It is my mother that keeps telling people that I am a cultist.