The event that held yesterday at the State House Arena was well attended by officials of All Progressive Party, APC and Lagos State Government, LASG.

See official pics from the event below: 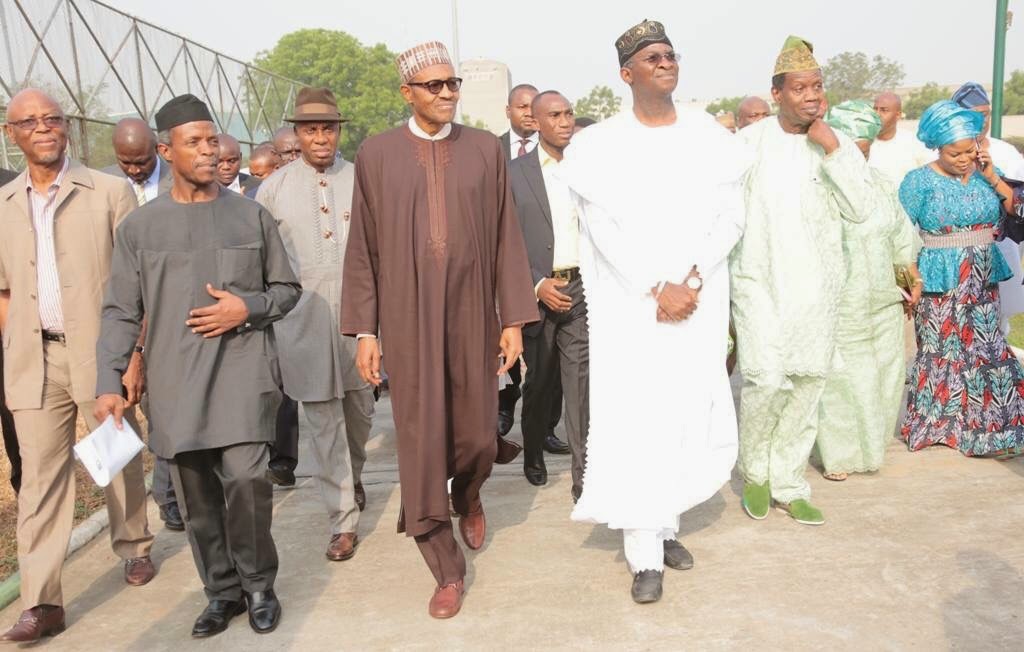 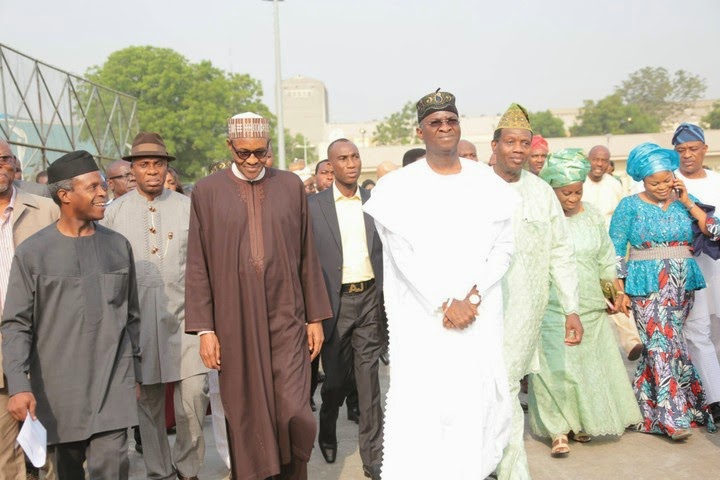 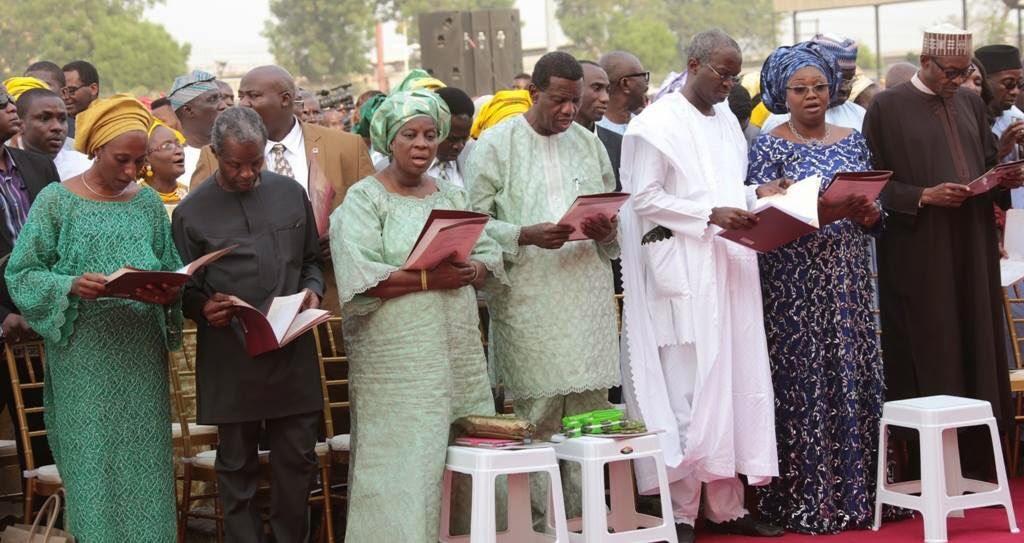 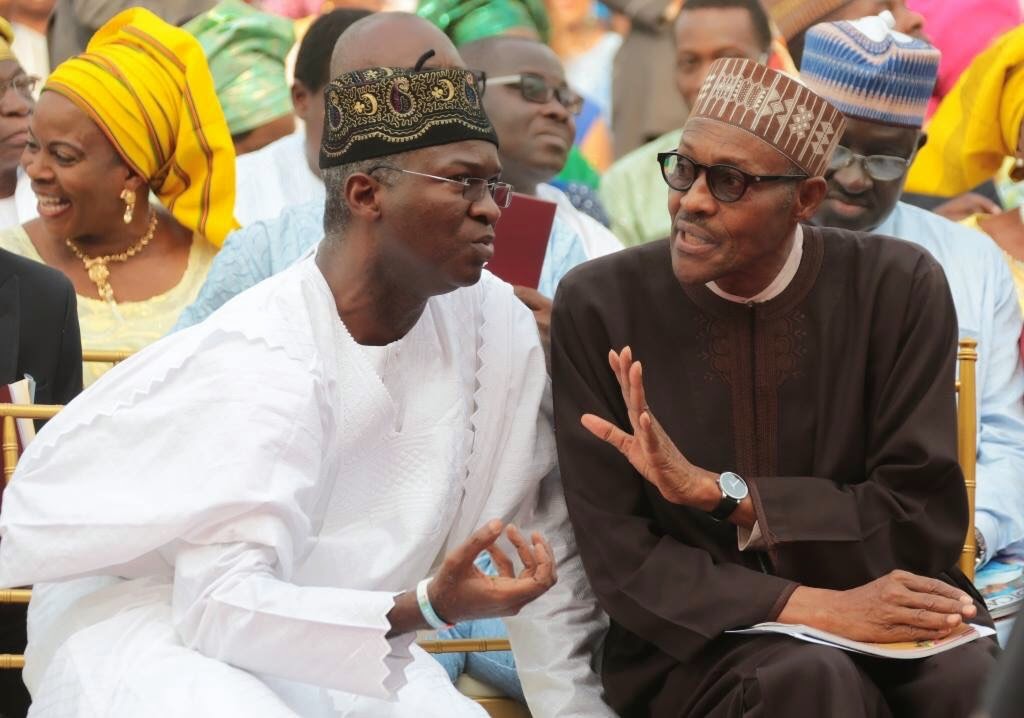 Buhari and Fashola caught chatting at the thanksgiving service.

A commentator in a public forum gave a funny interpretation to the above gesture.

Fashola To Buhari: Make sure you grab Jonathan and kick him out of Aso Rock with your military guys

Buhari replied Fashola: Don’t worry son, I will deal with him personally…. hehehe Nigerians! una too much.