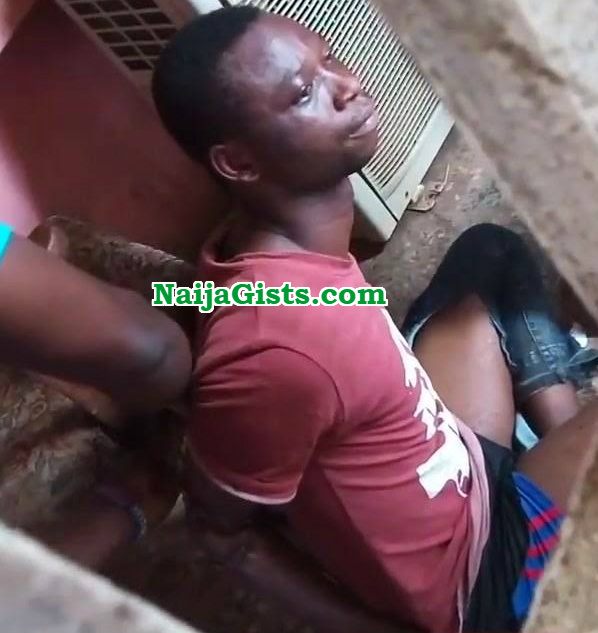 The founder of Run For Your Life International Chapel in Benin city has been arrested for sleeping with his female church members (both married and unmarried) using charms.

The suspect whose name was not revealed was allegedly caught in the act with a female member of his church inside the church office near Ogbe Primary School in Ogogugbo area of Benin city last week.

A Facebook user Eghosa Aifesehi who witnessed the whole drama said the Pastor was caught pants down with a female church member before he was mobbed and tied up by the congregants who left one after the other.

Watch the video clip below; 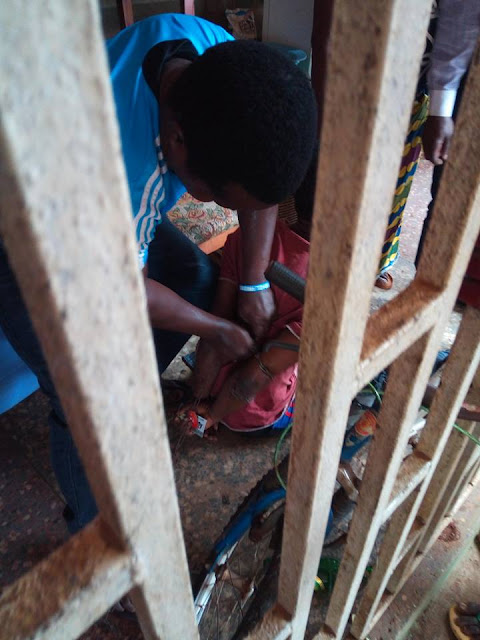 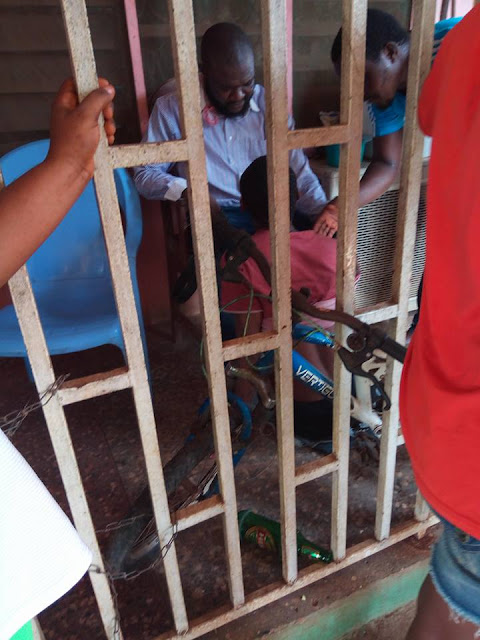 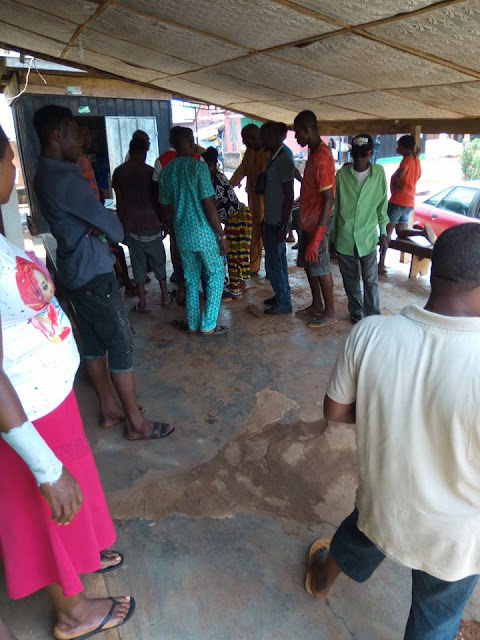 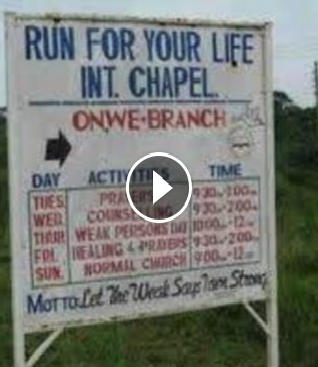 The name of the ministry itself is so scary.