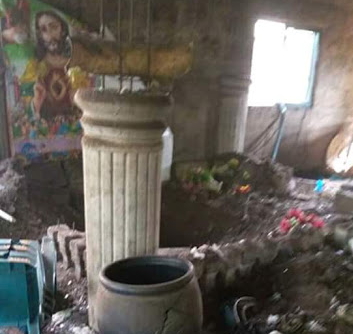 A ritualist disguising as a Man of God has been arrested in Imo state.

The suspect who parades himself as the founder of Arch of Covenant Ministry in Awara, Imo state was caught after some vigilante members caught a lady on errand for the Pastor identified as Ngozi Odika with some fetish items on Friday, the 3rd of February 2017.

According to eyewitnesses, animal horns, human hair and fingers were found on the lady and when they asked her where she’s taking them to, she confessed that her pastor sent her to get them from someone.

They reportedly beat the living daylight out of her before dragging her to the church where Pastor Odika was already waiting for her.

On getting to the church, they destroyed the altar and to their surprise, 5 skulls of humans, other skulls of animals, a bowl filled with blood and fingernails were found buried on the altar. 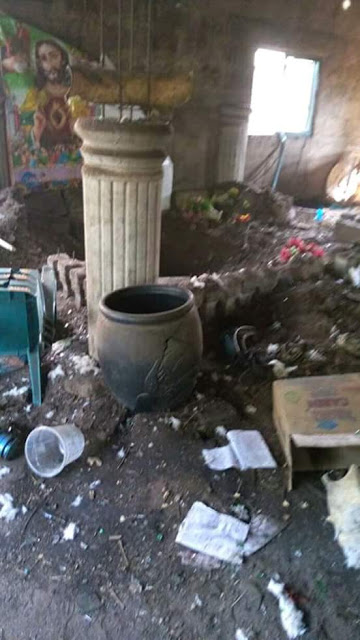 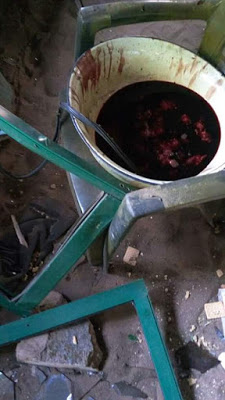 During interrogation, Pastor Odika said he’s a spiritual father to militants and others looking for various powers.

Odika and his accomplice are currently in police detention.

US Judge Suspends Donald Trump’s Travel Ban On Muslim Immigrants, Presidency Vows To Fight Back
Photos: Meet Sarah, Nigerian Woman Who Married At 60 After Waiting For God-Sent Husband For 30Yrs