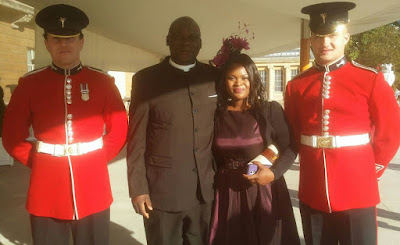 This is an interesting story of a CAC Pastor who got an invitation from the Queen of England for an event at Buckingham Palace last month.

It was written by Joshua Bandele days after the encounter.

”On Wednesday 20th May 2015, my wife and I attended a garden tea party at Buckingham Palace….to say it was a glorious day and a day to remember, forever is an understatement.

Upon arrival, at BP Buckingham Palace) we parked our car at The Mall (as one could not park in front of BP). We affixed the Royal stick on the left hand side of the car and walked to BP.

As we walked to BP, observing many others like us whom were invited and dressed to impress for the occasion. We queue up for around 5-10 minutes.
At the gate, we were asked by police offices for our invitation and a proof of our names (driving license or passport were the sufficient verification). Once we gain access to the palace, the nerves and excitement were equally electrifying. 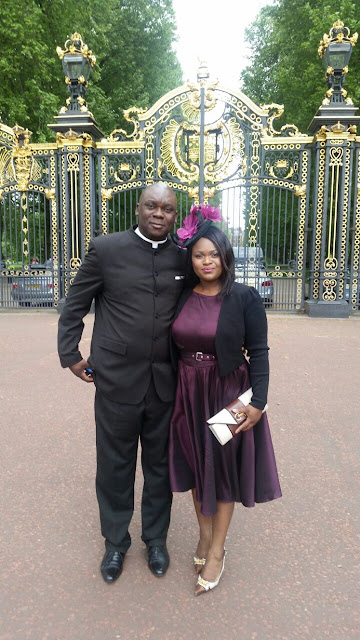 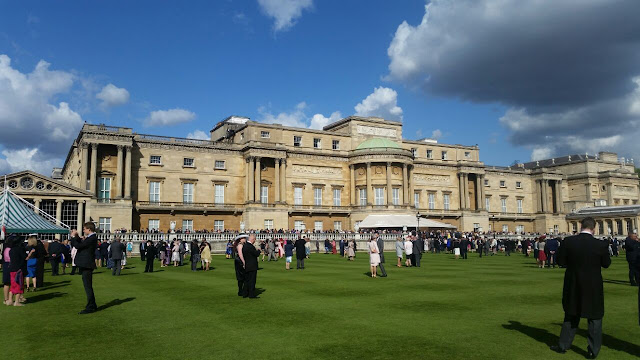 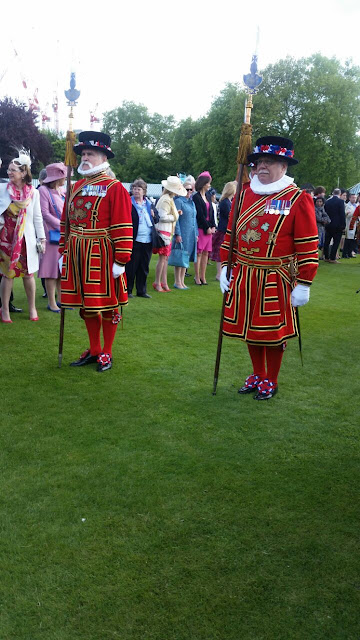 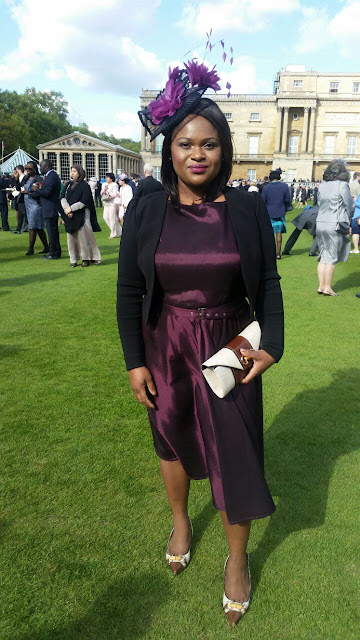 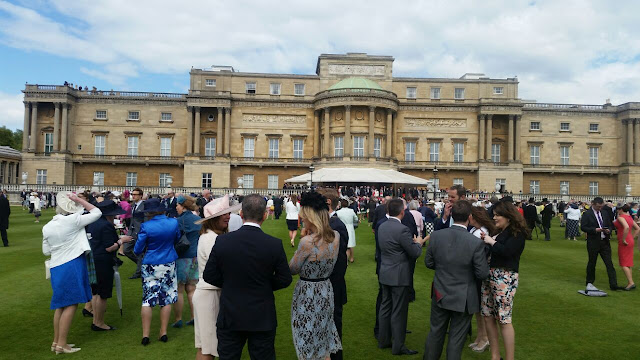 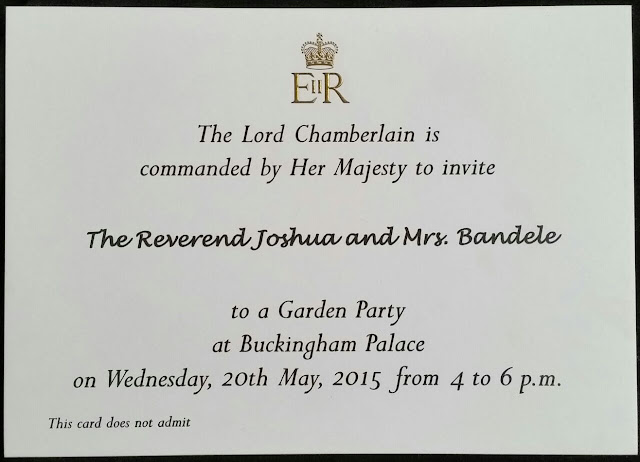 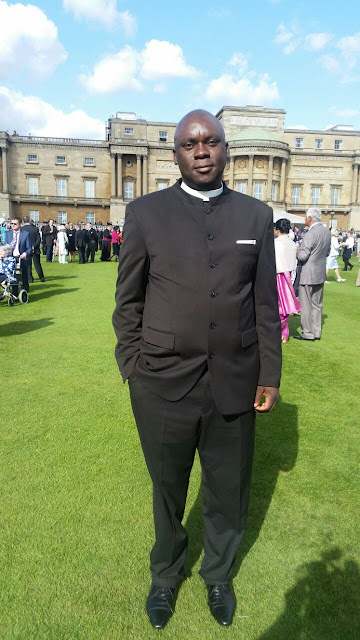 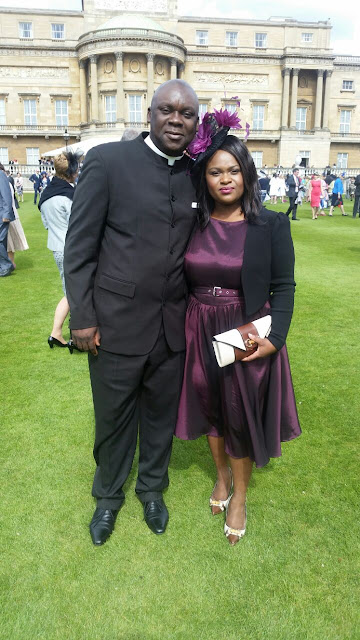 As we were ushered into the palace by guards, we immediately noticed were the food queue was and we got in line.

After receiving all the delicates (Victoria sponge cakes, brownies, various sandwiches, lemon cured, and many more), we were told the queen was on her way to the tea to join us for the party so everyone was told to form a curve line whilst the queen and her entourage walked pass…After pushing our way close to the front, my wife complained about her restriction to see, hence I managed to smuggle my way through the crowd some more and we ended up right in front by the tent.

After about 10mins of waiting on the queen…One of the palace custodian asked us if we would like to speak with the Duke. ..Immediately, I was stoned and unable to speak. However, I could hear my wife replying ‘yes please’ and the crowd around me whispering in amazement ‘wow’…that’s when I woke up.

The custodian handed us over to another custodian who took our names and titles and then introduced us to the duke. It was at this time we noticed the crowds all attention was on us.
The Duke extended his hand and ask for my name and title… I introduced myself and my wife…confirmed I was the senior pastor of Christ Apostolic church in Seven sister.. by the look on the duke face he had never heard of our church before so, I went on to give him a brief history lesson of the church – that it was the first black Pentecostal church in Europe, it was founded in Nigeria by Apostles Bababola.

Then the duke asked me what led me to the UK…so I replied ‘studying at first then until later the church authority posted me. Then he asked how myself and my wife met… In which i went onto another brief history… (We all joked and laughed) and he then finally jokingly asked me when I was planning to go back to Nigeria… In which I laughed and said not yet and that I have come to stay.

We laughed again then he shook my hand and headed towards the tent.
The queen walked graciously behind the duke whilst smiling at us the whole time.

The crowd was then left to network amongst themselves. ..Then that’s when it began. ..I had an elderly white couple came up to ask me if I was famous and that’s why the duke conversed with me and for so long… In which my wife proudly replied ‘yes’.. You may have seen or heard him around he is the senior pastor of the first black Pentecostal church in the uk’..

The elderly appalled me at the remarks of my wife and we joked briefly. It was at this point I realised that when we were conversing with the Duke earlier the whole crowd was watching us… this was confirmed by another couple who came to ask us ‘what was the conversation with the Duke about. What did he say? How did we reply etc… We were asked a few more questions by other members of the crowd (Infact I felt more famous than the royals at one point…haha)…It was at this point I realised how fortunate it was to be here and to be admired by so many.

We walked around the crowd with beaming smiles on our faces whilst enjoying the ice cream desert handed to us by the waiters.
We then listened to the live music band and walked around to view and appreciated the scenery.
This brought a beautiful end to a beautiful day. We left the palace at around 6.30pm and headed home.