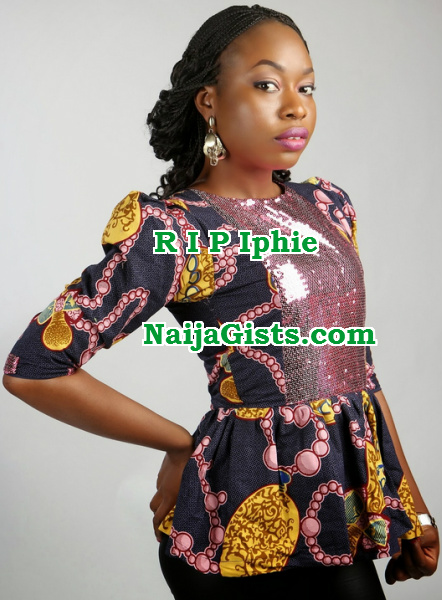 A popular radio presenter in Port Harcourt has died.

The lady identified as Iphie Aggrey Fynn was killed during a robbery operation on Aba-Port Harcourt highway on Tuesday.

The beautiful lady was returning from her parents village in Aba when the bus she boarded was attacked by some highway robbers on the aforementioned road.

The bus driver was trying to outsmart the robbers when they dare devils opened fire on the bus killing Iphie and another passenger.

The deceased was born to a Nigerian mother and a Ghanaian dad who both reside in Aba Abia State.