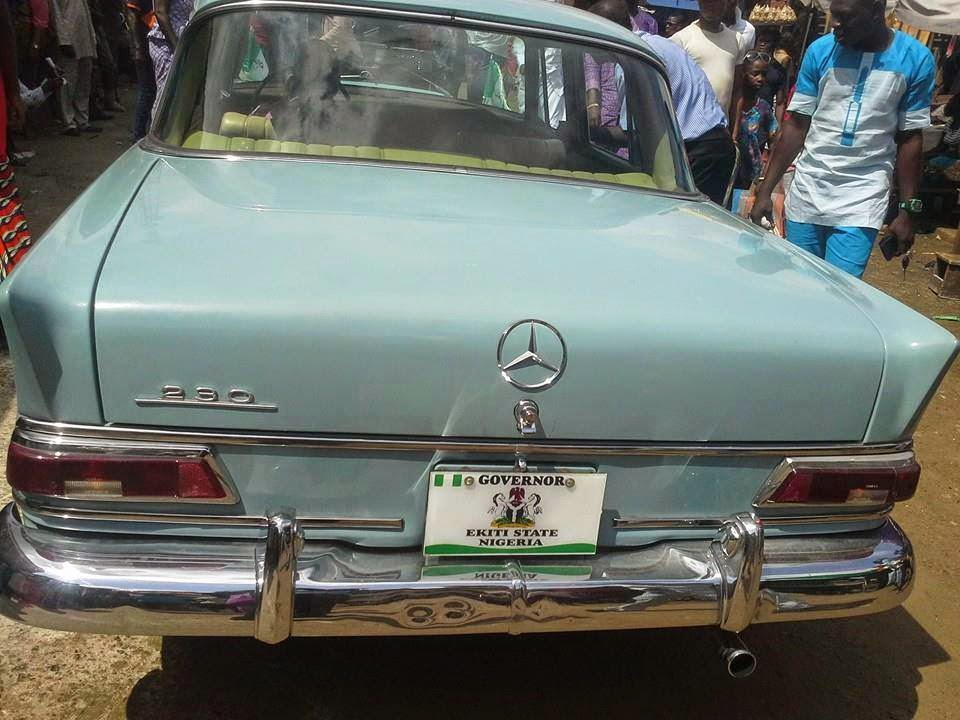 Pictured above is a very rare Mercedes Benz convertible car used by Ekiti State Governor Ayo Fayose during his inauguration ceremony on Thursday.

As old as it looks, this wonder wheels costs a whopping N7.4million to buy, shipping and custom duty excluded.

The custom made car was brought into Nigeria late last month from the United States of America.

Sources in the know claimed Fayose used the vintage car in order to feel among the poor people in Ekiti state. 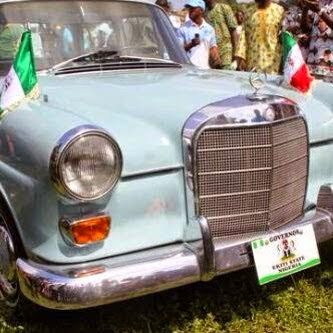 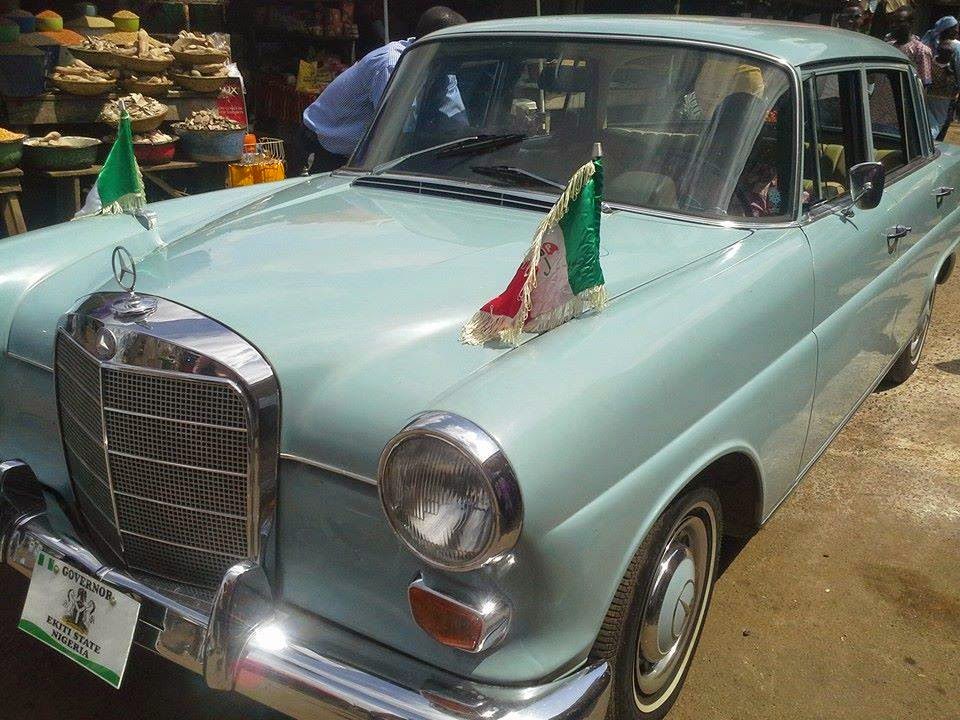 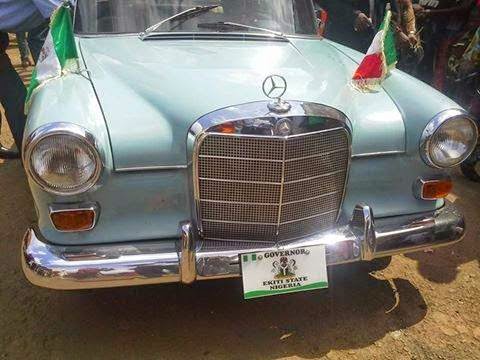 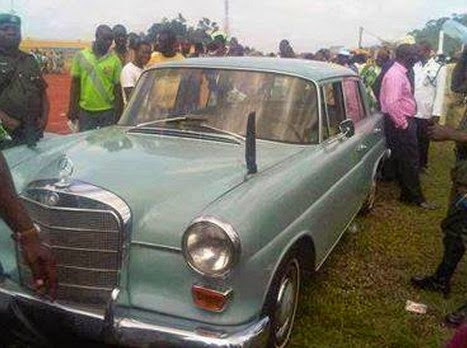 We learnt the rare car will be his official car for the first month in office.

Before moving into the State House, Fayose invited Imams, Prophets, Pastors and juju men to perform spiritual cleansing after which he allowed Ekiti people to come in freely.

Fayose’s ‘Man of the People’ attitude gave him victory over Fayemi but will this improve the poor living condition in some parts of the state???? I guess time will tell.