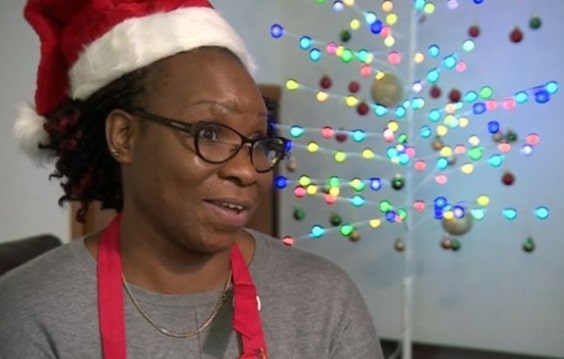 Ex-Ekiti Governor, Ayodele Fayose’s UK-based sister, Mo Fayose who was recently threatened with a fine for allegedly sharing fliers, inviting people in Basford area of Nottingham, the UK to a free Christmas dinner is now free to host the dinner.

According to Daily Mail, Ms. Fayose was threatened by the local council in an email accusing her of illegal behaviour.

The single mother-of-two has reportedly hosted Christmas Day dinners for vulnerable and lonely people for the last three years.

She began by opening her home to five guests but the event is now so popular she hires two community centres for more than 100 people.

Ms. Fayose and her team of volunteers cook a three-course dinner, complete with crackers and decorations. She reportedly spends the year raising around £3,000 (over N1.3m) to buy the food and cover the cost of hiring the venues.

However, when she put up posters for this year’s event, she was stunned when a Nottingham City Council community protection officer ordered her to remove them ‘immediately’.

Officials have now backtracked and deemed the letters ‘a genuine misunderstanding’.

Ms Fayose removed the flyers but condemned the move of the council for taking its initial “heavy-handed approach” to her free event. She said,”The posters are really important; it’s the way to get it to those who are not using social media.

“I was really shocked when I got the email telling me I was breaking the law. I just wanted to help people who were on their own at Christmas. This was the first time I had received an email like this from the council. 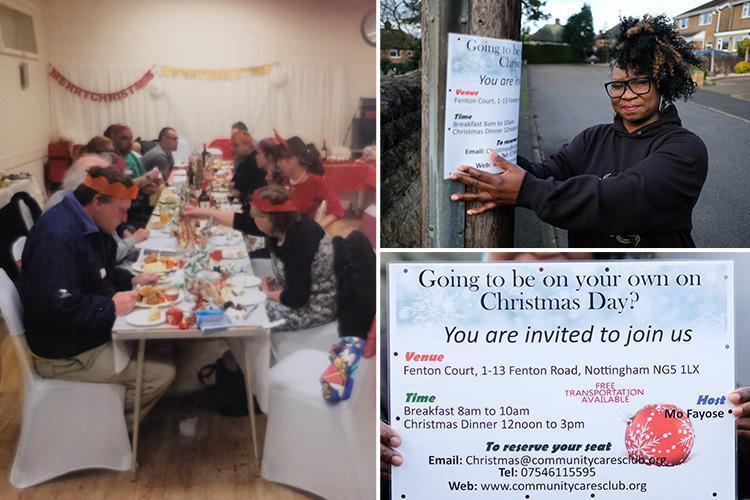 “I started putting up the flyers in November and the council emailed me on December 4.”

Part of the email as seen by Daily Mail read:

‘We know what you are doing is good but it is classed as fly-posting which is a problem. Therefore I would ask you to take it down otherwise you would be fined.’

As it stands now, the ban has been lifted.

Councillor Linda Woodings said “The council always promotes the importance of looking after each other and this includes encouraging people to cook a Christmas dinner for neighbours who may be on their own,” she said.

She described Ms Fayose’s work as “fantastic” and hoped money could be found in the budget to support her efforts in the future.