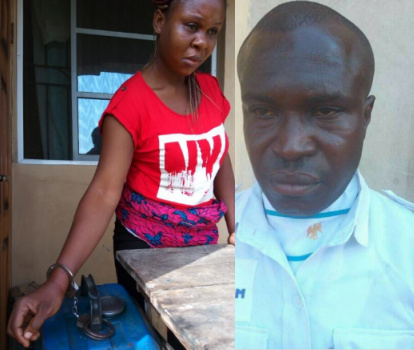 A monster of a man has been arrested in Sagamu LGA of Ogun state for domestic violence.

The 37-year-old suspect identified as Ifeanyi Ajaero reportedly chained his beautiful wife 28-year-old Obiageli to the family generator set from night till morning.

She was rescued when she alerted neighbours in the morning of Friday the 14th of Apri 2017.

Obiageli was rescued by Ogun State Police Command officials who used force to break the gate of their home. 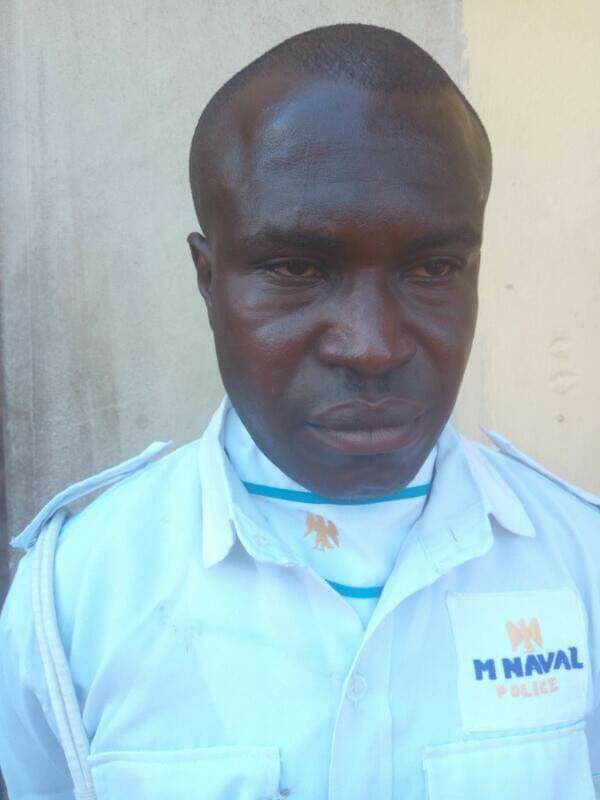 According to police report, She was so weak when she was rescued as a result of serious beaten she received from the wicked husband, a dismissed merchant navy.

The incident happened at Ewooluwo area of Sagamu.

The suspect has been transferred to SIID for investigations.

Innocent Black Man Jailed, Sentenced To Death For Murder In 1975 Released From Prison After Witness Confessed He Lied
Veteran Actress Taiwo Ajai Lycett Reveals Secret Of Her Youthful Look At 76