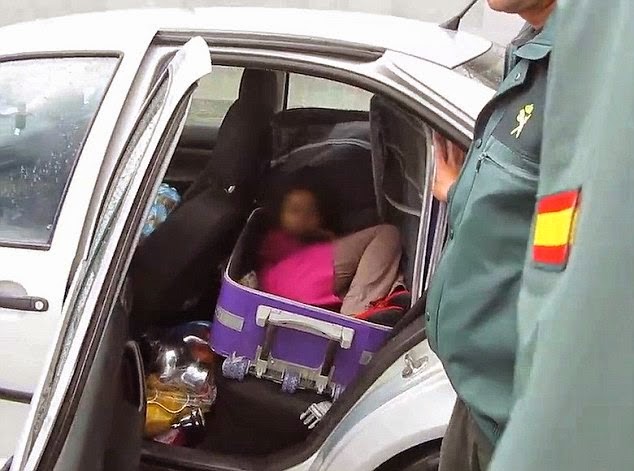 A desperate single Moroccan father, Ayham Kanaan, has been arrested by Spanish custom officers after he was allegedly found hiding his 8-year-old daughter, Haniya Kanaan, in a suitcase.

According to police reports, Ayham, 38, was caught trying to smuggle his daughter into Spain so that she can stay in the country.

It was gathered that Customs officials found Haniya curled up inside a small suitcase after her single father entered Spain on a legal work permit through the Andalusian port of Tarifa. 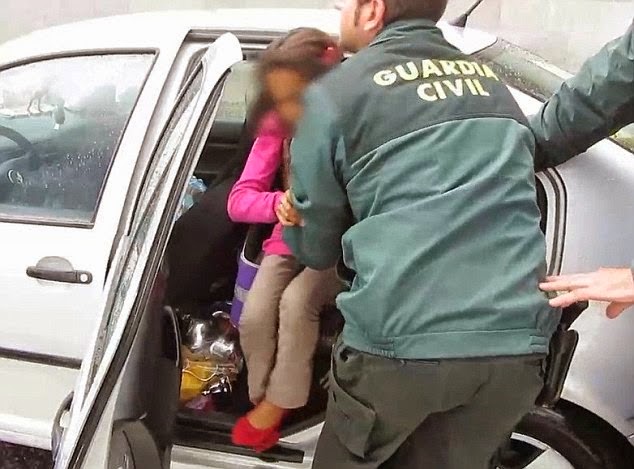 Although Kanaan faces a fine for trying to smuggle his daughter into the country in the hope of giving her a better life, a judge has ruled that she can live with her father for as long as he works in Spain, the judge also added that she will also be allowed to enrol at a local school.

Reports said that Customs officers were shocked to find the little girl hidden inside a suitcase while searching her father’s car following his return to Spain after a family visit to Morocco.

Haniya was discovered inside a purple suitcase on the back seat of the vehicle.

The eight-year-old was taken to hospital after being released from the luggage, with doctors saying she was lucky to be alive following the dangerous stunt.

They said she could easily have been left with brain damage after being shut in the suitcase, and had already started showing physical signs of a lack of oxygen.

The report stated that had there been delays at the border crossing, it is possible she may even have died.

Kanaan has reportedly been told he faces a fine for trying to smuggle his daughter into Spain illegally, but that there are unlikely to be any other punishments.

Tarifa is on the coast of southern Spain and has regular ferry services to and from North Africa.

7 thoughts on “Photos: Single Dad Smuggles Daughter In Suitcase From Morocco To Spain”