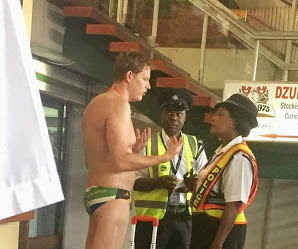 This South African man got tongues wagging recently when he stormed Kamuzu International Airport in Lumbadzi naked in a bid to raise money for charity.

The man who allegedly smoked Malawian hemp at Cape Maclear was part of the fifty swimmers who swam across Lake Malawi and raised fifty thousand Rands for charity.

When challenged by Airport security officials, he told them if they will allow him to cross immigration naked, he would personally donate 12,000 South African Rands to charity organizations in Malawi.

As you can see in the photo below, the weed addict was later allowed to cross the immigration. 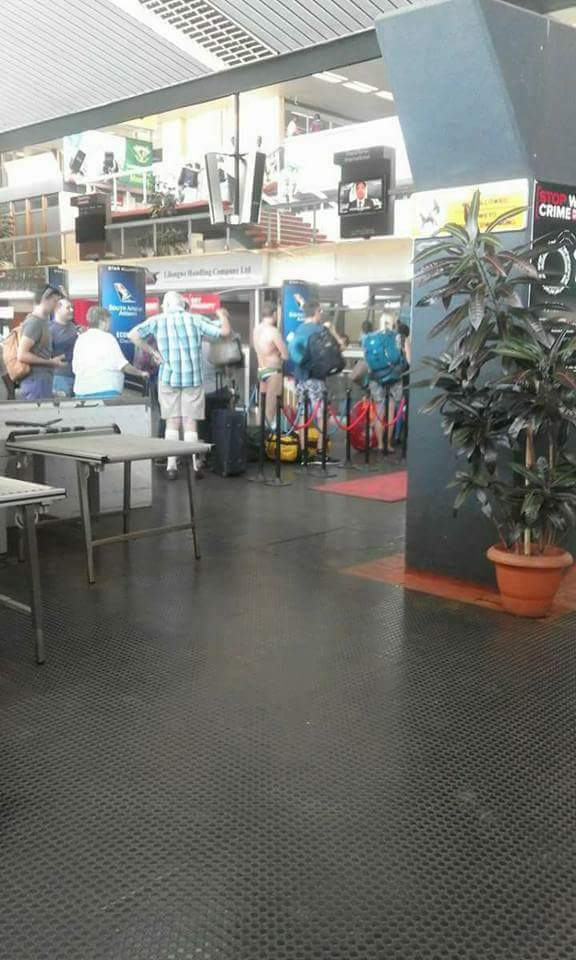 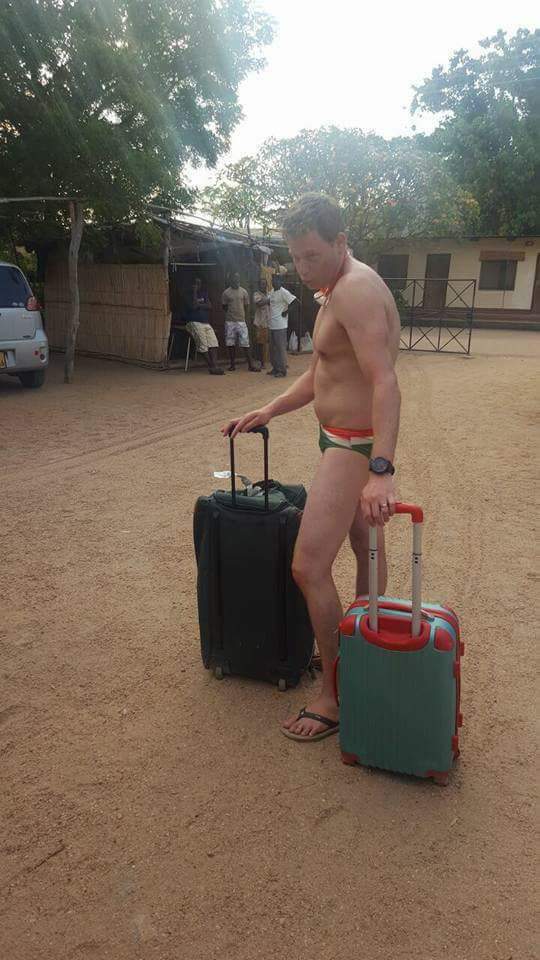 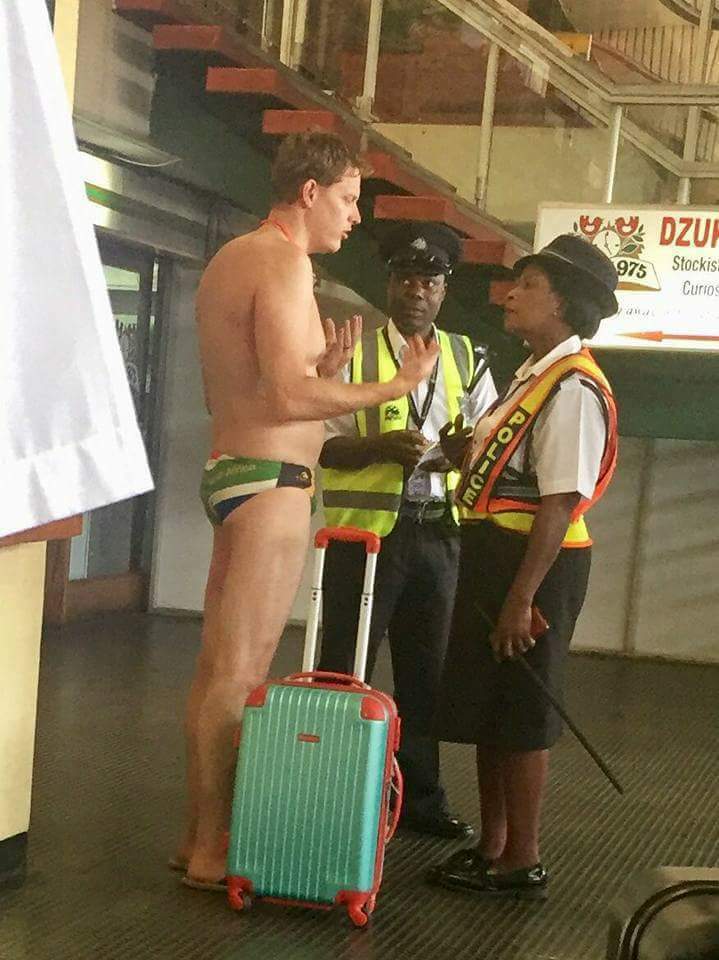