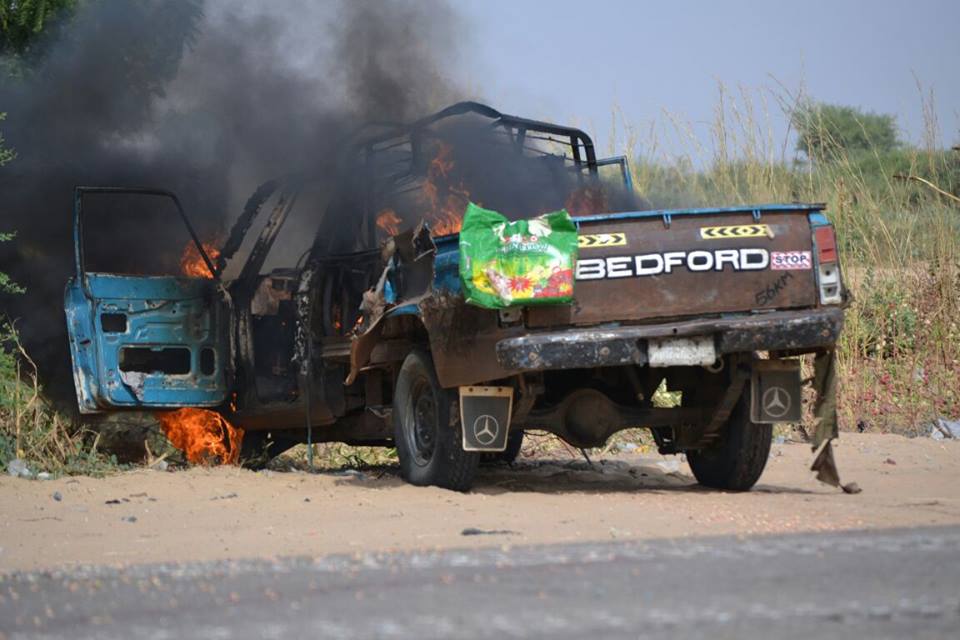 Operation Lafiya Dole troops saved residents of Gubio LGA of Borno state around 9:30 am this morning when they stopped some Boko Haram terrorists on a suicide mission.

The 8 Boko Haram militants in a Bedford pickup truck who refused to be checked were barred from crossing the military check point in Gubio. They turned back and later returned to the checkpoint where they met yet another stiff resistance from the troops who insisted that their vehicle must be thoroughly checked.

At that point, the suicide bombers detonated one of their suicide vests.

The attack killed all of them with no civilian or military casualties. 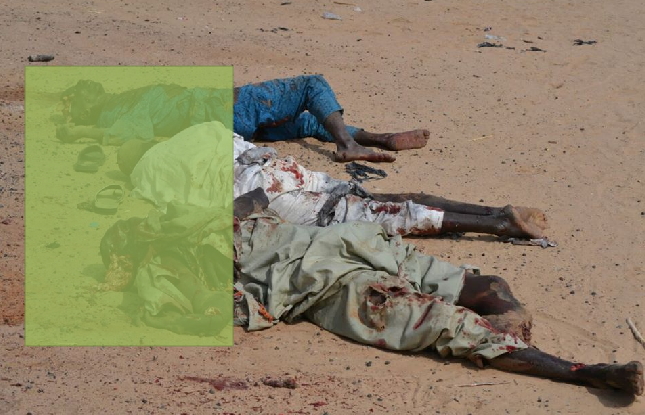 Continue Reading
You may also like...
Related Topics:boko haram blows themselves up, boko haram terrorists killed blew self up