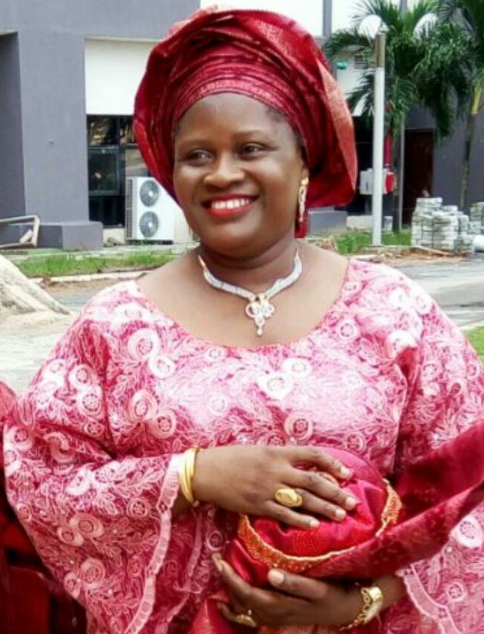 Mrs Comfort Alaba, a staff of the NCS was on Tuesday abducted by two masked men inside the premises of a TFC (Tastee Fried Chicken) restaurant in Festac town Lagos.

According to her daughters, she was kidnapped around 8pm and since then her kidnappers are yet to contact her family members.

Here is what one of her daughters, Faith Alaba who witnessed the abduction said: 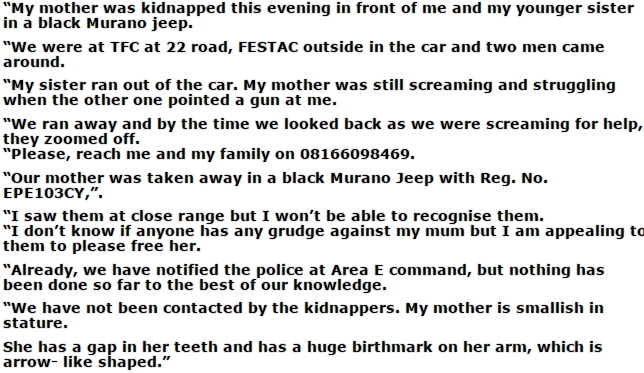 The victim is attached to one of the customs bonded terminal under Tincan Island Command. Lagos Police spokesperson, Dolapo Badmos who confirmed her abduction said the Command is working on her release.

I Don’t Trust My Husband Of 7 Years Anymore… What Do I Do Please
Kenneth Okonkwo In Adultery Scandal..Actor Caught Cheating In “Caller”