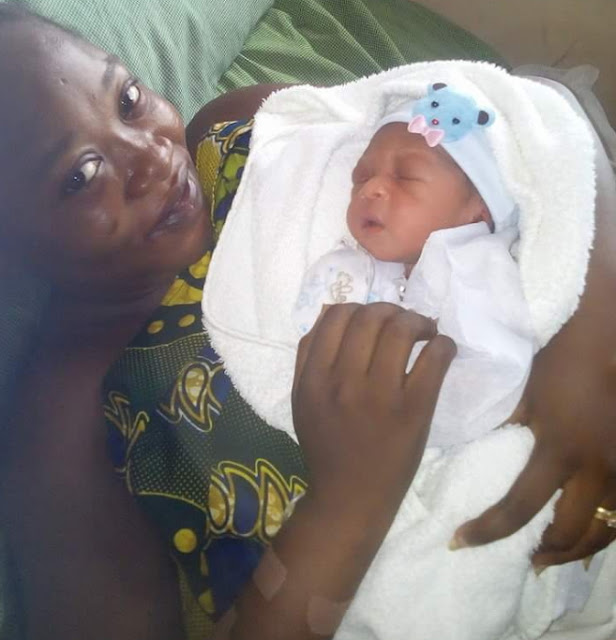 Fast rising Nollywood actress Tope Adeoye who was involved in a messy rape scandal last year has put to bed.

Tope Adeoye, a protege of Femi Adebayo was reported to have been raped by 3 men on a movie set last year before it was later revealed that the rape actually took place in a movie titled Ojuloge.

In the movie, she played the role of a beautiful village hawker who was never satisfied in bed until she’s bedded by more than one man.

The fast rising actress and makeup artiste welcomed her first child yesterday at an undisclosed hospital in Ibadan. 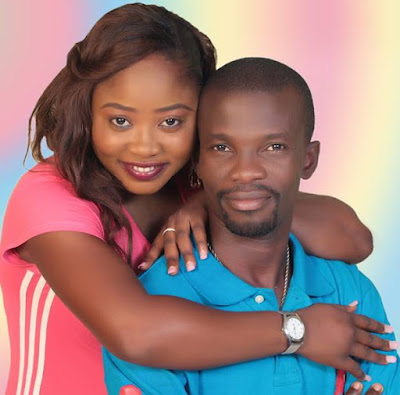 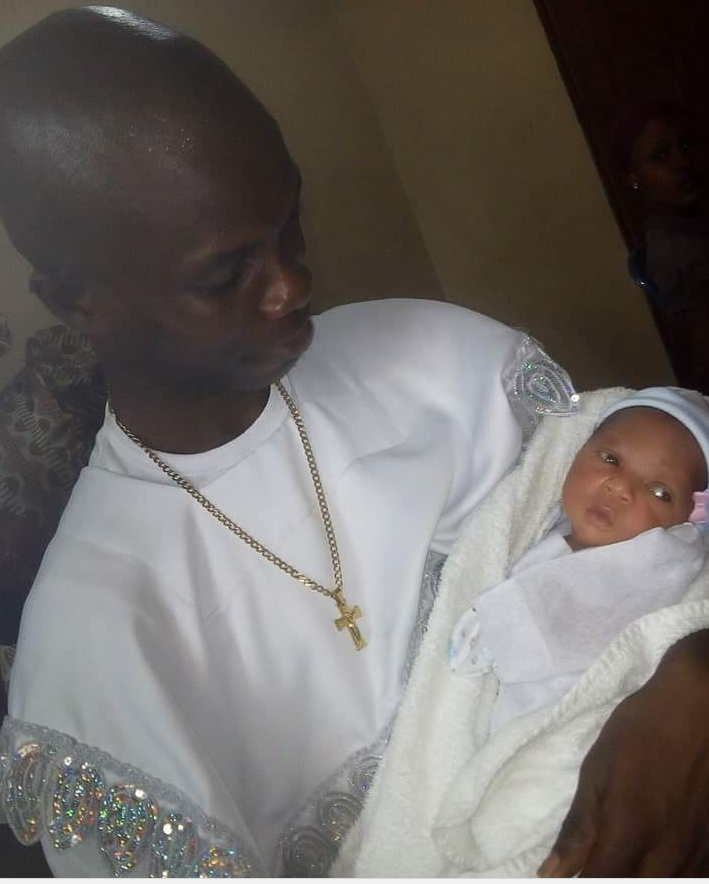 That is her husband holding the adorable boy. 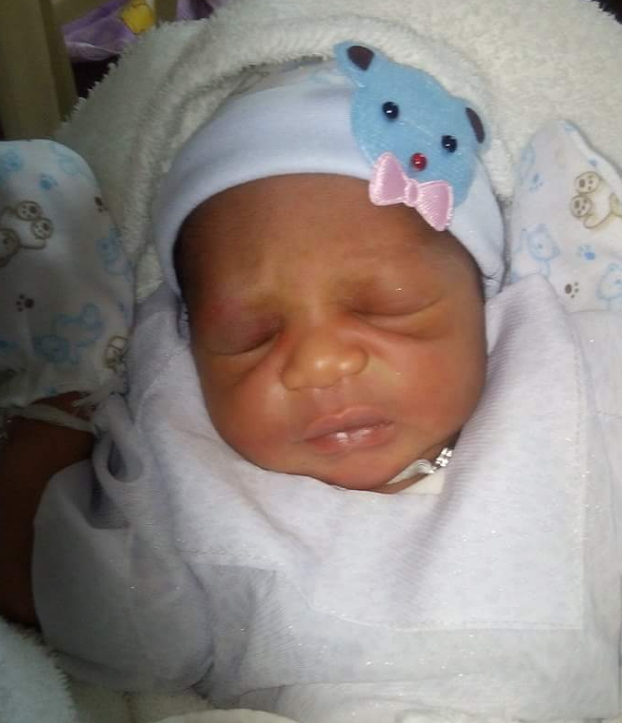