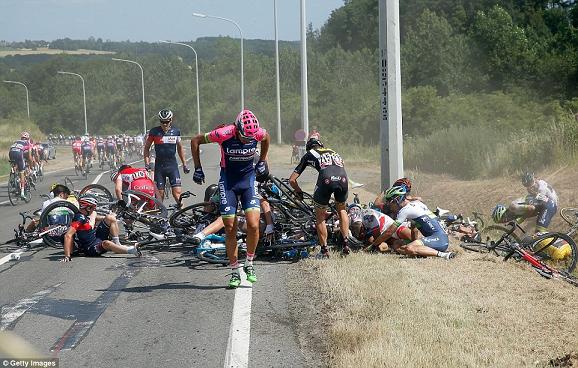 The Tour de France fame game was brought to a temporary halt today after a terrible crash that left several bikers covered in blood.

The riders travelling at a very fast speed (26 miles per hour) got involved in a multiple collision when one of the riders, William Bonnet clipped the wheel of another rider, Warren Barguil.

Banguil crashed into the tarmac causing other riders to crash into a fallen bonnet.

The race was immediately stopped to allow doctors and paramedics to attend to the injured riders.

Today’s crash was described as one of the worst crashes in the history of the race. 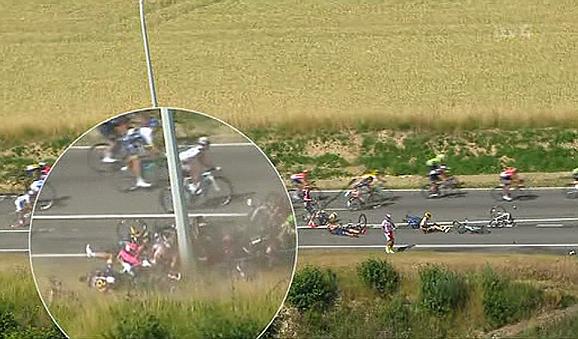 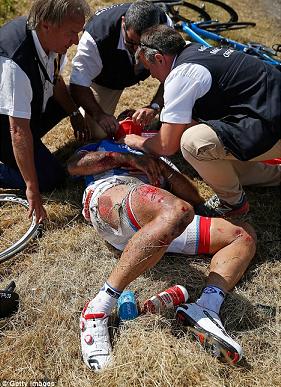 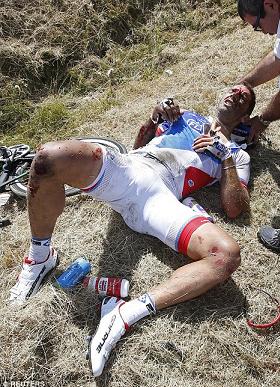 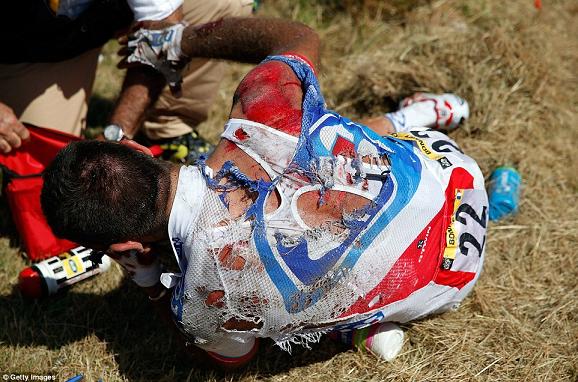 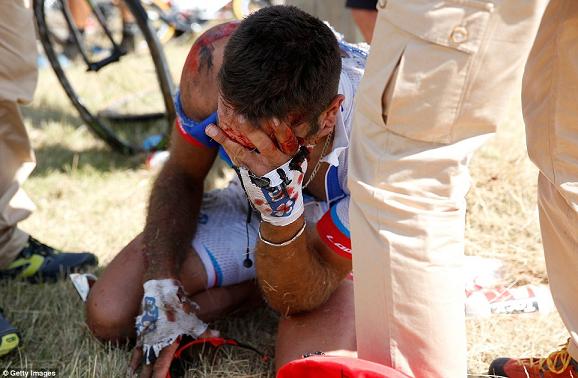 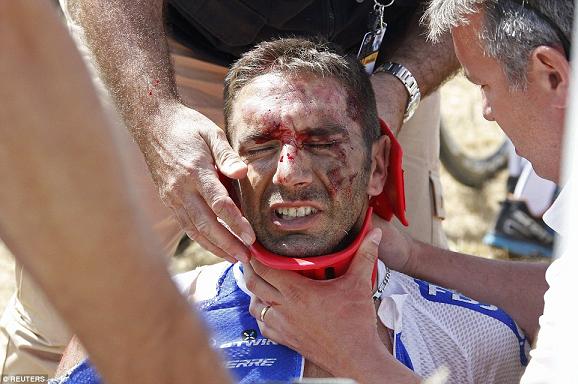 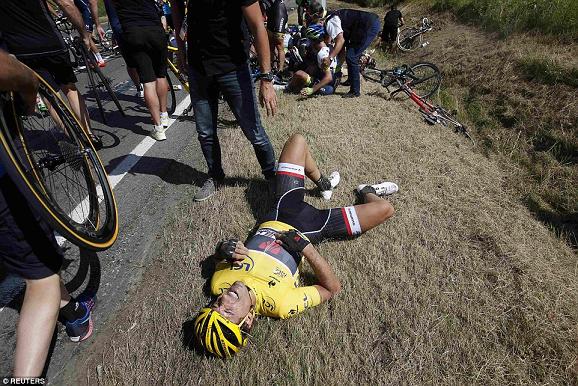 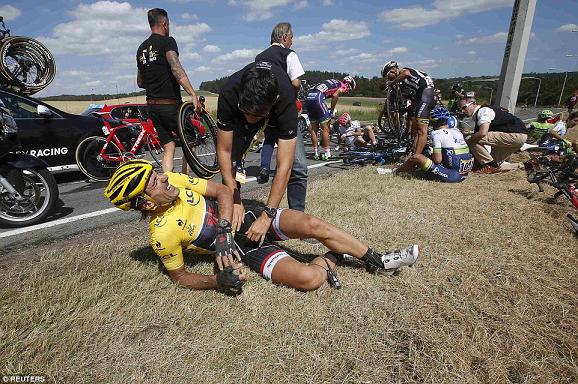 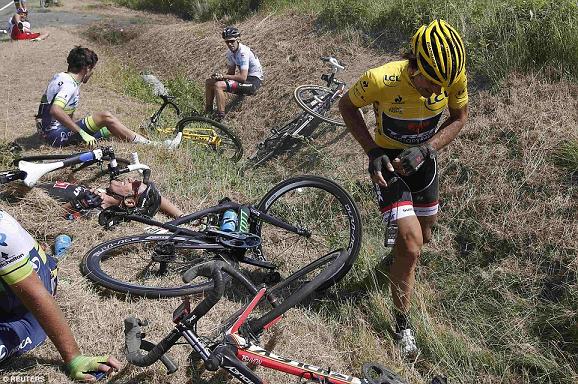 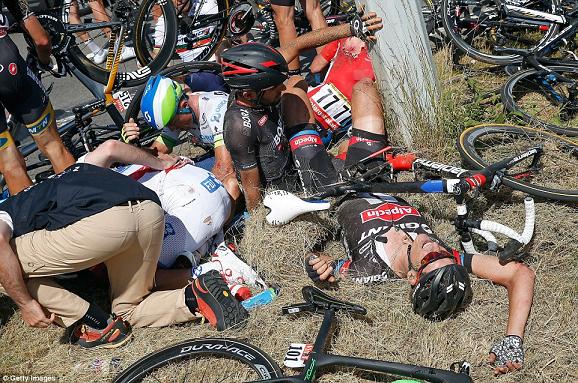 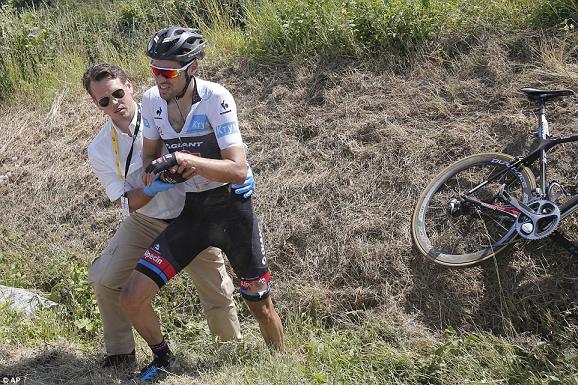 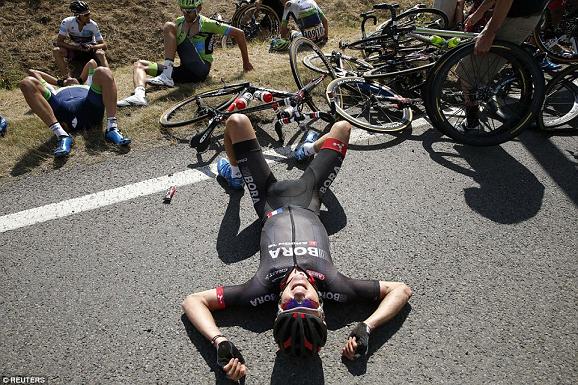 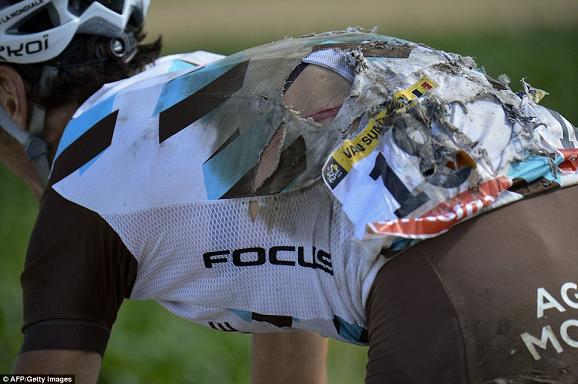 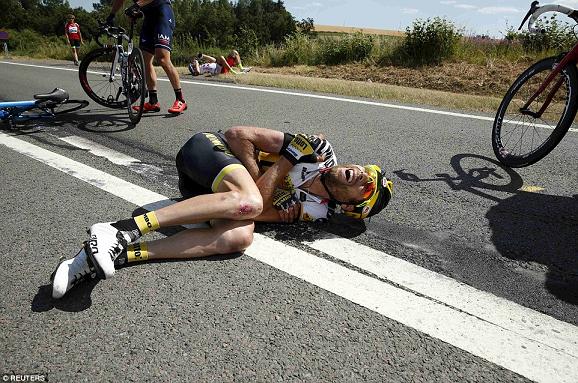 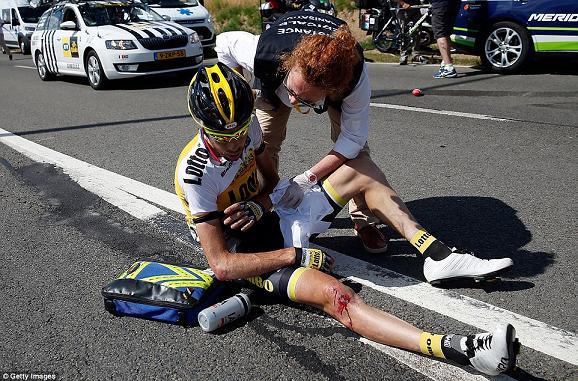 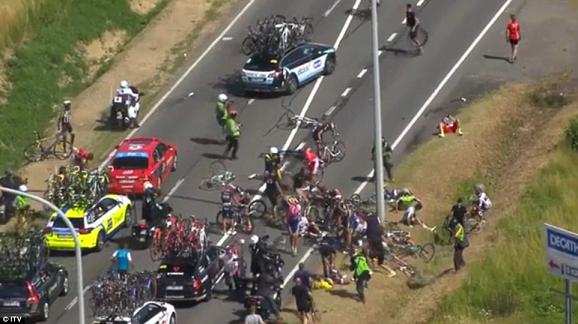 This is serious, hope none of them suffered internal bleeding.