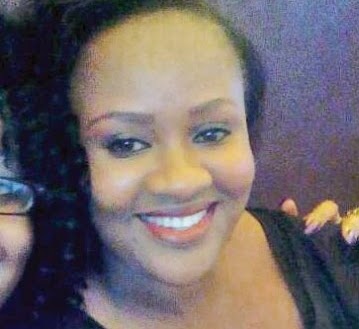 Martha Ifeoma Ifewulu’s Throat Cut With A Knife In Ejigbo

The lifeless body of a woman identified as Martha Ifeoma Ifewulu was discovered at her house in Oke Afa area of Lagos this past Monday, the 1st of December 2014.

The 35-year-old mother of four and the wife of 52-year-old Chief Law­rence Ugochukwu Ifewulu was murdered by an unknown person few hours before her children arrived from school.

The children came home only to find their mother in a pool of her own blood, which flowed freely down the staircase. “Who killed our mummy?” is a question now reverberating through their minds.

The late Ifeoma’s husband is as distraught as his children, though he is making a manly effort to keep his pain and emotion under control for the sake of the children. But then how can a husband recall the beautiful face of a wife that smiled at him as he left home in the morning, only to be summoned back in the afternoon by the urgent plea of a sobbing neighbour, and upon getting home to be confront­ed by the gut-wrenching sight of the silky-soft skin of her throat hideously slashed with a knife as one would do to a goat, and not break down in tears? 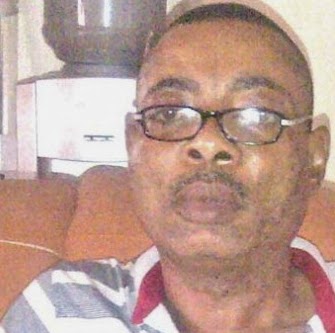 The husband of the deceased, Ifewulu, a native of Aniocha Lo­cal Government Area in Anambra State, who spoke to Sunday Sun, quaked with tearful pain as he tried to narrate the tragic death of his wife. After gaining some composure, he said: “Up till this very moment, I can’t just imagine that this actually happened. But, actually, it happened. On Mon­day, 1st December, we had our morning devotion and rejoiced that we were able to make it to December as a family,” began Ifewulu. “That morning, I was not really feeling fine and I thought of going for a medical checkup. I even jokingly asked her to go to the laboratory with me, but she declined because she wanted to go to Trade Fair to buy some things. So, I left the house around 10:30am. Even as I am talking to you now, I have not even gone for the result of the test because I left the laboratory around noon. When I wanted to leave the laboratory, I tried to call her to tell her I was leaving for the office but she did not pick the call. I kept calling her line up till 3pm but there was no response. I even got very annoyed wondering where she must have kept her phone. Get­ting to my office, after the usual traffic jam along the road, I got a call from one of our tenants, a woman. The woman was just crying and telling me to leave whatever I was doing and rush home. I asked her what happened, but she only said I should start coming immediately. I had to call one of my staff to drive me home because, due to my condition, I couldn’t even drive. Getting home, I could not imagine what I saw. I was told that when the children came back from school around 3:30pm and opened the door of the staircase, they just saw blood flowing down from the staircase. One of my girls tried to go upstairs and that was when she discovered my wife’s corpse and then raised the alarm. Neighbours came to the scene. It was when I got in around 5pm that I asked what happened. The chairman of our estate was the one that called the DPO of Ejigbo Police Division and informed him about the incident.

“The police came down within 30 minutes of getting the news. They went round, took pictures, and took away all that was at the scene as exhibits. Her wristwatch, wedding ring (which must have fallen from her hand when strug­gling with the killers), phones and everything else, were intact. Even her phone kept ringing.

When asked if he could recall having a fracas with anybody in business or within the neighbour­hood, he said: “I run my business all alone, and I can’t recall having any issue with anybody either in business or on the street. What will bring about such? If it is a matter of losing money that can cause a quarrel between me and anyone and I would just forget about the money. The arrangement we had that morning was that she would stop over at her shop and get some money to buy goods at the Trade Fair complex.”

Asked if his late wife had ever reported any case of harassment or disagreement between her and any one, the bereaved husband simply retorted: “Hmm! I will like to hold on for now till a later time, because…let me just hold on for now.” As would be expected, all the neighbours are still in shock and wondering how a monstrous crime like the murder of the wom­an could have been committed in their neighbourhood in day time. But a female friend of the family and a tenant in Ifewulu’s premises (name withheld) who was one of the first set of people to discov­er the corpse mustered enough composure despite the deep pain of losing her friend and narrated how the murder of Ifeoma was discovered.

Her words: “It was about to rain that day and I tried to call the maid of our landlord (Chief Ifewulu) who was just about to open the door leading to the stairs. She asked me to hold on so she could come back for the family’s clothes spread outside after taking the kids upstairs. Immediately she opened the door leading to the stairs, she saw blood flowing from the stairs just like that and she alerted me immediately. When we got up, we saw our landlady lying down dead in a pool of her own blood. That was when we raised the alarm to alert other neighbours. Later on, I called the landlord and told him to start coming home.

As Sunday Sun learnt, nobody within the premises recalled seeing any strange person coming into the compound at any time. Ijeoma Uba, a friend of the deceased, described the manner of her death as too shocking, noting that the murdered Ifeoma did not deserve the fate that befell her, given her kind and gentle nature.

“She was a member of my gym. We met at the gym and most times, I would pair with her because that is how we do at the gym. I still saw her last Saturday because I always sit with her,” Uba said, wiping tears from her eyes.

The gruesome killing of Ifeoma affected Rita Chinwuba, another of her friends at the gym no less. She said: “I am one of her very close friends at the gym. She was also my customer who would always buy dried fish from me. Last Saturday, she even told me to bring catfish for her as her December bonus, and I obliged. She was just such a quiet lady. I don’t see any­thing that should warrant her death in this manner. I was surprised when I heard about this. I am short of words now and I will miss her so much,” Chinwuba lamented.

Continue Reading
You may also like...
Related Topics:chief ifewulu, Martha Ifeoma Ifewulu, throat of woman cut with a knife in lagos