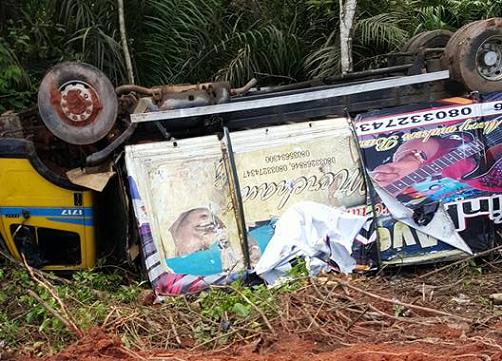 Exactly 19 years after gospel musician Yinka Ayefele lost his spinal cord in a tragic accident on Ibadan Abeokuta expressway, another tragedy has befallen him.

Over the weekend, the singer lost one of his band members on the popular Lagos Ibadan expressway while returning from a function.

According to eyewitnesses, around 10:08pm on Saturday night, a truck conveying his musical instrument to his office ran into a ditch on the road.

The truck somersaulted and ejected one of his band boys who reportedly died on the spot.

About 8 others got injured in the fatal crash.

As we speak, his band boys are being treated at UCH Ibadan.

See photos from the scene of the fatal accident 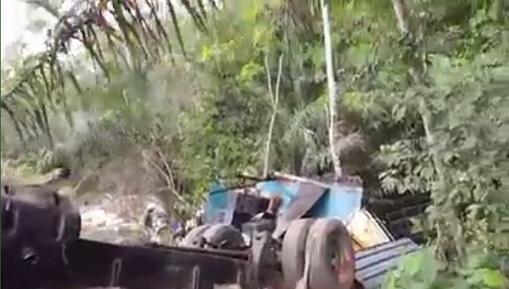 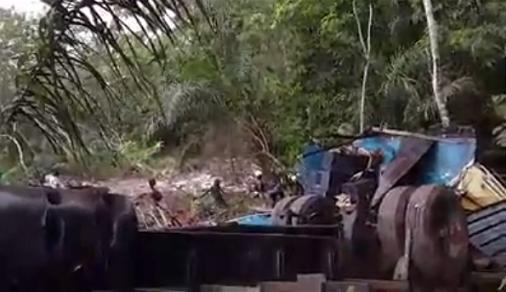 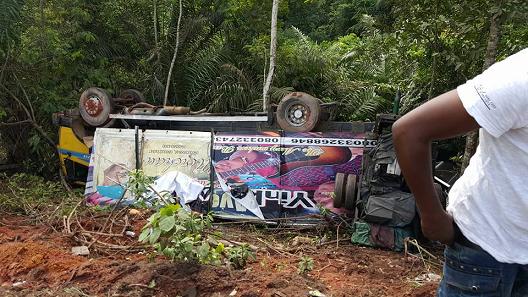 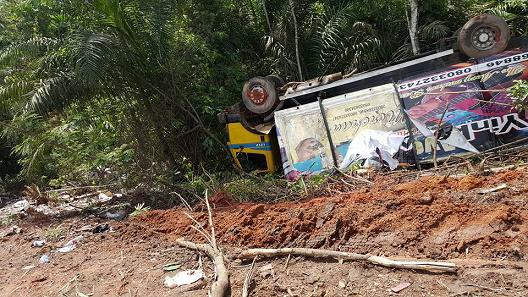 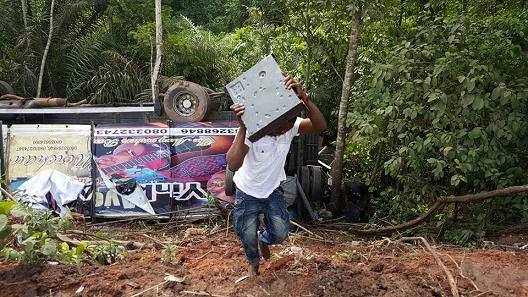