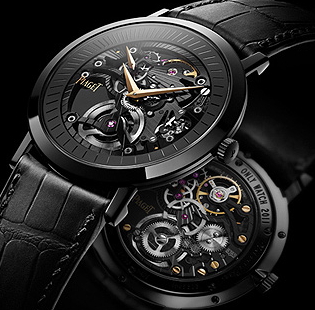 Abdulrazak, a 23-year-old student, today stood before a Grade 1 Area Court in Karu, Abuja for allegedly stealing a Piaget wristwatch worth N100, 000.

The Prosecutor, Mr Mahmud Ismail’a, told the court that on Sept 27, the complainant, Alamin Garba of Karu reported the case at Karu police station.

He alleged that the complainant had accommodated the defendant in his apartment, having stayed out late in the night after a party.

Ismail’a told the court that the complainant discovered that the Piaget wristwatch purchased for N100, 000 was missing after the defendant left his apartment in the morning.

He said the stolen wristwatch was found in possession of the defendant when arrest was made, adding that the offence contravened Section 312 and 287 of the Penal code.

The Presiding Judge, Mr Hassan Ishaq found the convict guilty of the two-count charge of criminal breach of trust and theft, and sentenced him to seven months imprisonment.

Ishaq, however, gave the convict an option to pay N17, 000 as fine, as he pleaded guilty and begged for the court’s mercy.