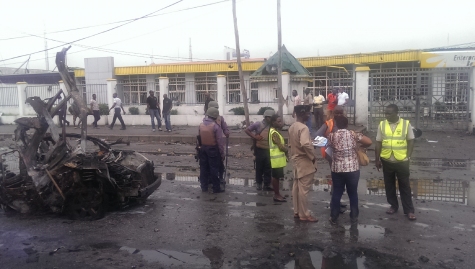 Panic struck residents of Apapa Lagos on Wednesday night when bombs suspected to have been planted by Boko Haram terrorists exploded.

Contrary to the rumour making rounds, investigation revealed that the explosion was caused by a Petrol tanker that caught fire. The explosion killed 4 people.

However, witnesses said the explosion erupted after IEDs planted in the above car exploded causing the petrol tanker to catch fire.

See photos from the incident 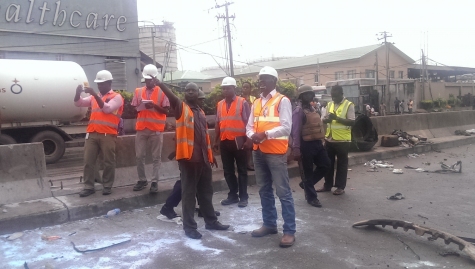 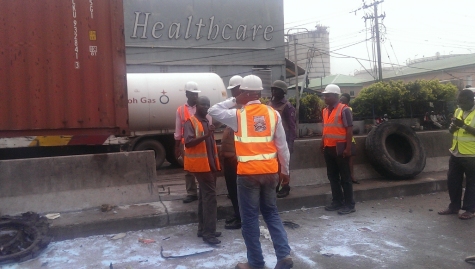 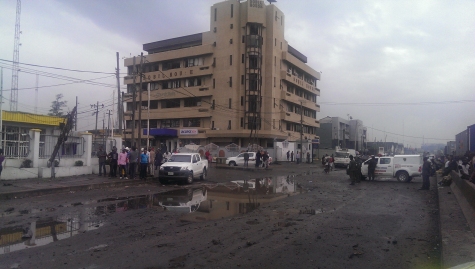 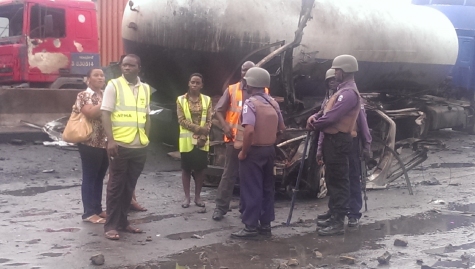