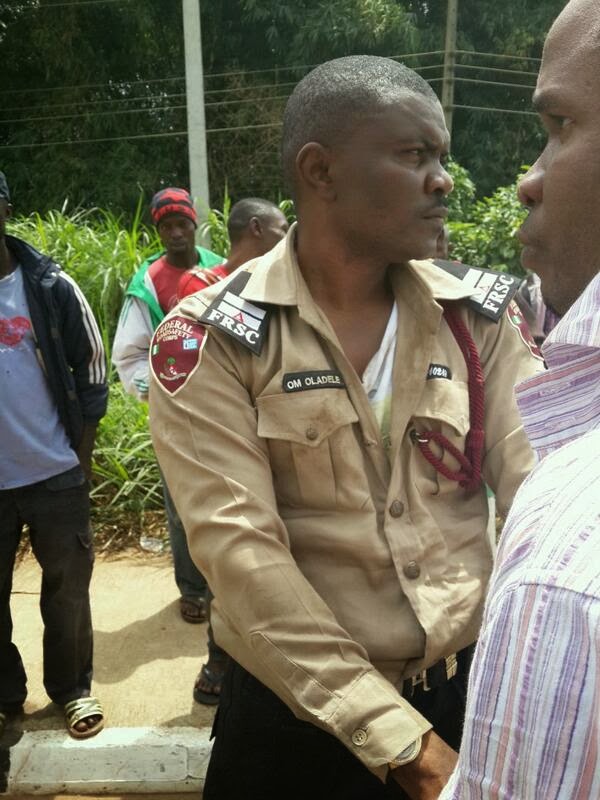 The Federal Road Safety Corps, FRSC officer who battered an innocent man for refusing to give bribe in Akure yesterday has been identified. His name is OM Oladele.

The FRSC official in question allegedly asked a lady identified as Motun O for bribe but she turned him down.

Her colleague who was with her in the car who accused the officer of bribery and corruption was later manhandled.

“Manhandling poor Nigerians because of bribery! I refuse to bribe them but they had to beat my colleague that spoke up”
@FRSCNigeria officer Oladele in Akure”

As an evidence against the corrupt Federal Road Safety Corps official, all the footage of what transpired was caught live on camera.

See the photos below: 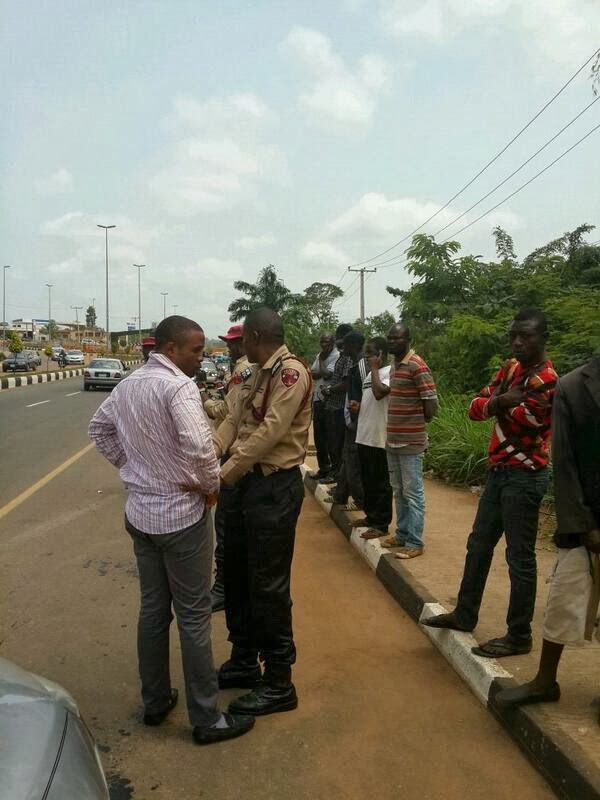 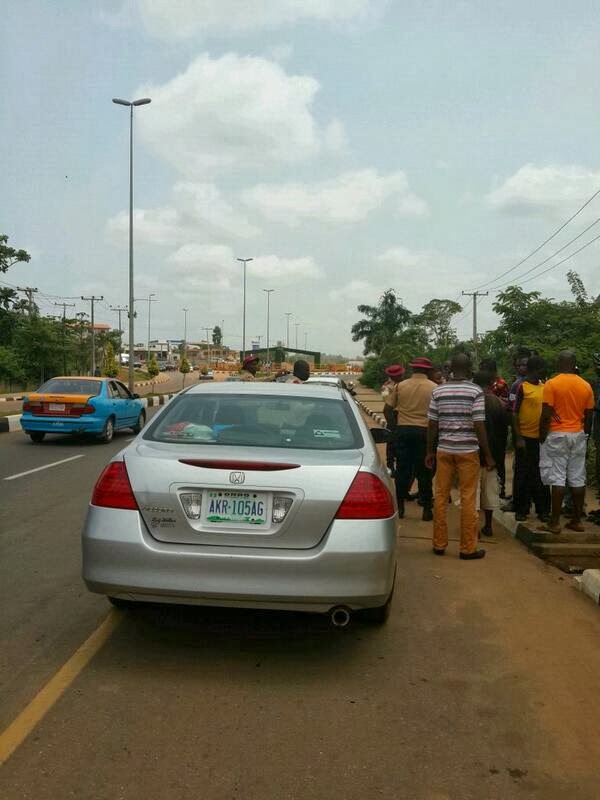 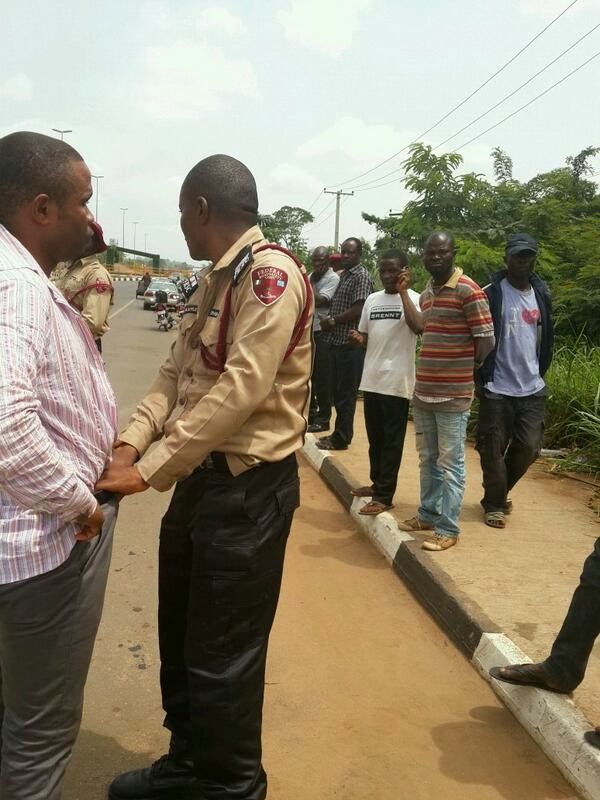 FRSC officials are the most corrupt in this country. I experienced the same thing on Lagos-Ibadan expressway last year.

Please Mimiko get to work….All we want is justice.