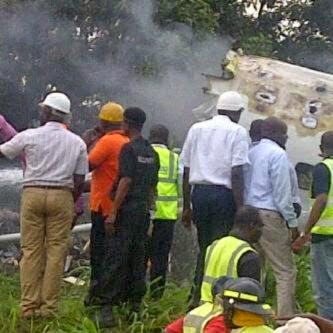 Pilots of the Associated Airline plane that crashed last Thursday killing 15 people, were alerted about the plane’s faulty flight systems, but took off after briefly considering whether to abort the mission, the Accident Investigation Bureau, AIB, said Friday.

The bureau, responsible for investigating aviation accidents, said initial review of the plane’s flight records showed that its captain, Yakubu Abdulrahman, received an automated signal ahead of take-off, which consisted of three chimes followed by “take-off flaps…take-off flaps.”

“This is a configuration warning that suggests that the flaps were not in correct position for take-off. And there is some evidence that the crew may have chosen not to use the flap for take-off,” said Mukhtar Usman, Commissioner, Accident Investigation Bureau.

Mr. Usman said the warning continued throughout the “take-off roll”.

“Approximately three seconds after ‘power is set’ call, the First Officer noted that the aircraft was moving slowly,” he said.

When the signal was received, he said, the First Officer suggested the pilot abort take-off. That was ignored.

“The crew discussed some concerns about the aircraft prior to departure but at this time we are not prepared to elaborate on those concerns as there remains a lot of work to do to complete on the CVR analysis in order to determine the specific nature of the crew’s concerns,” he said.

Mr. Usman spoke at the bureau’s head office in Abuja on Friday, more than a week after the airplane carrying the body of a former governor of Ondo state, Olusegun Agagu, crashed shortly after take-off.

The plane carried 20 persons including crew and passengers. Five people survived the accident, including Mr. Agagu’s son, Feyi. The former governor’s body was later buried the next day in Akure, the Ondo State capital.