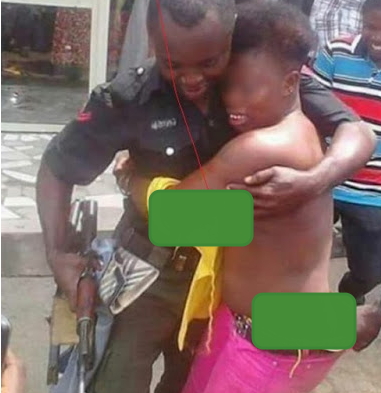 Check out a mobile policeman who came to intervene as a mob was about to attack a prostitute who allegedly stole her client’s android phone.

According to eyewitness, the men at the scene were trying to undress her when the mopol intervene.

He took her into a patrol van smiling while enjoying the cuddle.

Continue Reading
You may also like...
Related Topics:grabs, police, prostitute