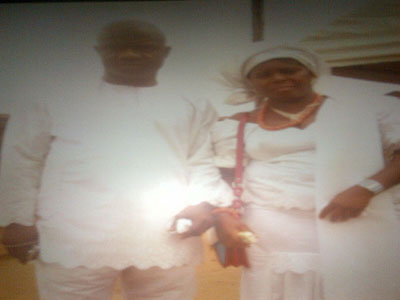 Mrs Philomena Asuquo, the wife of a Police inspector who died inside police custody in November 2015 has ended her own life.

Mrs Asuquo who has been battling severe depression after losing her husband reportedly committed suicide at the Police Barracks in Ikorodu road on the 31st of December 2015.

One of her children, Shadrach Asuquo said their mother took sniper, an insecticide out of frustration in her room.

Her late  husband, Inspector Uwem Asuquo who was yet to be buried got into detention for allegedly shooting an unarmed civilian. He died two days later.

Philomena Asuquo gave up the ghost at the Ikorodu General Hospital.

She is survived by her two children and an elderly mother.