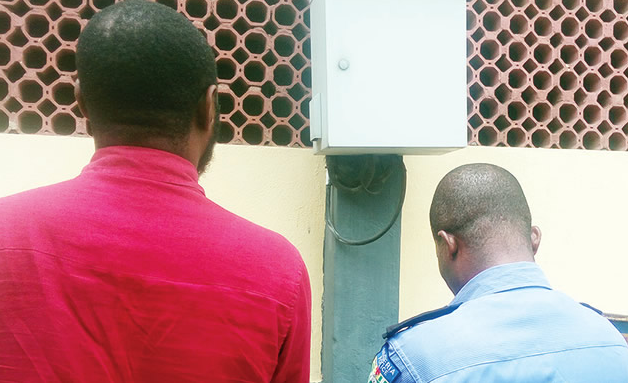 Sergeant Sunday, a  police officer attached to the Maroko Police Division of Lagos State has been detained for allegedly releasing a sum of N4.1m recovered from a fraud suspect.

The policeman reportedly released the exhibit to the suspect, identified simply as Emmanuel, who in turn gave the money to one Kate, who is at large.

We gathered that Emmanuel, who is the managing director of a construction company in the state, had ordered supply of diesel worth N4.9m from one Judith Ogbara.

It was gathered that one Martins, who worked for Emmanuel, took delivery of the product. Emmanuel was reported to have issued a Diamond Bank cheque of N4.9m to Ogbara as payment.

She was said to have called Emmanuel on the telephone and informed him of the development.

When it appeared that the payment for the goods was not forthcoming, she requested that the product be returned. The suspect and his workers allegedly absconded.

After attempts to locate them failed, she was said to have reported a case of fraud to policemen at the Maroko division, who arrested Emmanuel and Martins on March 12, 2017.

The sergeant was then assigned to investigate the matter.

Police recovered N4.1m in a car allegedly belonging to Emmanuel.

However, the money was later released to Emmanuel at night by the Police prosecutor handling the case.