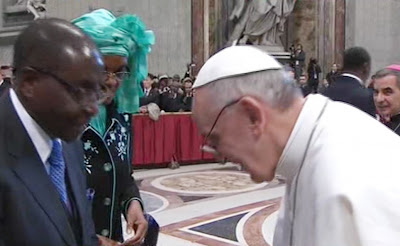 New Roman Catholic Pope Francis I was spotted at his installation ceremony on Tuesday March 19 with the highest display of humility ever.

He was spotted bowing down as he greets the President of Zimbabwe, Robert Mugabe at this own inauguration mass. 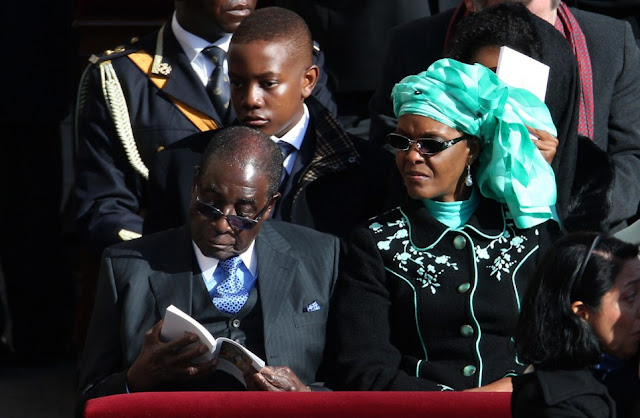 The African dictator who has been under EU (European Union) travel ban since year 2002 over human rights abuse & vote rigging allegations was spotted in the VIP section during the installation mass of Pope Francis I in St Peter’s Square in Rome on Tuesday.

Video: Pope Francis I Bowing Down To Mugabe

Continue Reading
You may also like...
Related Topics:african, bowing down, bows down, mugabe, pope francis i, president, robert mugabe, zimbabwe