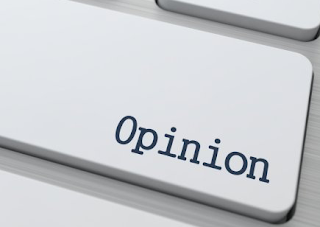 From what one has seen of late, it now appears that our leaders and politicians are mainly driven by a certain crave for filthy lucre and an uncontrollable lust for power and earthly glory. All the grandstanding about service to the people has proven to be a mere ruse after all.

Well, you can judge for yourselves. Fifty six years after wrestling power from the British and serving their people, these leaders have truly excelled in leading the people aright. This is why all our roads are now motorable and are no longer death traps. It is why we now have twenty four hours of uninterrupted electricity supply daily in our homes. It is also why relevant laws are being enacted by our hard working legislators and such laws are always being promptly enforced by the law enforcement agencies.

This also explains why these leaders of ours are now compassionate having finally learnt to lead by example. At last, our leaders have been able to bring about an agricultural revolution as a result of which sufficient food is now being produced for the people.

It is certainly because our leaders love serving the people that they have created millions of jobs for the teeming population of job seekers in our cities. This love for service has also compelled these leaders to manage the finances of the country prudently thereby cutting out wastes.

The leaders have also made adequate provisions for the security and safety of the people.
In reality, with the possible exception of the formidable triumvirate of Chief Obafemi Awolowo, Sir Ahmadu Bello and Dr Nnamdi Azikiwe, most of the leaders we have had since independence have been products of crass opportunism. It will actually not be out of place to describe these leaders as dealers. Being merchants of power, they have always traded with the lives and destinies of the people and with the resources of the country. Without any doubt, these are ominous end-time situations whereby souls of humans have become merchandise. In their ruthless quest for power, these politicians, like a blinded Samson, would rather pull down the whole house over themselves and others than do what is right.

Our people, however, have often deluded themselves by believing the mantra that power belongs to the people. This, though, may actually be true in theory. In practice, certainly, we all know that real power belongs to the gang of politicians who simply found a way to manoeuvre themselves into positions and situations where they are able to exercise absolute control over the lives and destinies of the people and over the resources of the nation. These leaders appear to have gotten themselves empowered by the people so that they could waste the lives, the destinies and the resources of the very people who empowered them.

It is now certain that our political leaders do not see themselves as stewards of the power which they exercise and which, sadly, they have chosen to abuse. This is why they seem to feel that they are not accountable to the people. Surprisingly, the people live in excessive awe of these leaders who are supposed to be their servants. People need to be informed and be properly enlightened, principally by the Press, so that they can always remind these leaders that they are mere stewards who must always be accountable to the people.

One disturbing trend noticeable in our politics is that a large number of these politicians who seem to have the ability to rule the country are proven thieves. On the other hand, those among them who appear to be honest and genuinely interested in the welfare of the people often fail to prepare themselves for the challenges of power.

Our people must therefore wake up and earnestly begin to show real interest in those who aspire to govern the country otherwise Nigerian politics will continue to attract mostly criminals or idiots.

Continue Reading
You may also like...
Related Topics:article about nigeria, isaac ademoroti