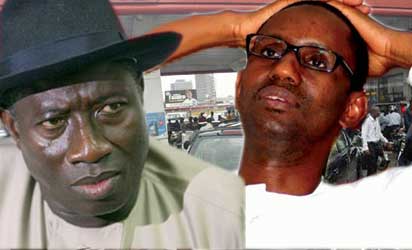 The Presidency on Thursday rubbished the Mallam Nuhu Ribadu-led Report on Petroleum Special Task Force. It said the report was incomplete and incapable of indicting anyone. 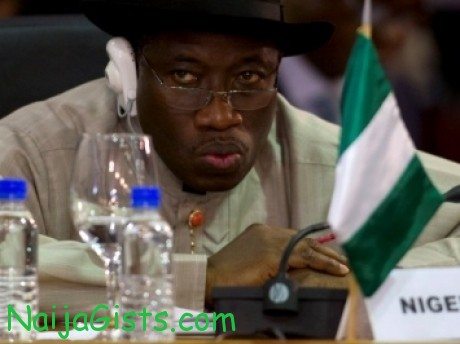 At a press conference in Abuja, President Goodluck Jonathan’s Special Assistant to the President on Public Affairs, Dr. Doyin Okupe, based his criticism of the report on one of its paragraphs.

Okupe said the paragraph “is an obvious DISCLAIMER (emphasis his) issued by the committee on the entire report, makes it impossible under our laws to indict or punish anyone except, and until, the Federal Government fully verifies and reconciles the facts as recommended by the committee in its submission to the government.”

According to Okupe, the offending paragraph in the report says, “Due to the time frame of the assignment, some of the data used could not be independently verified and the task force recommends that the government should conduct such necessary verifications and reconciliations.”

Okupe blamed Ribadu for the politicisation of the report. He alleged that there was a major public disinformation campaign which, he said, was calculated to overheat the polity and incite Nigerians against the President because of the report.

He said, “For instance on his Facebook page a while ago, Mallam Nuhu Ribadu remarked that he resisted overtures to make him compromise the report and rather than compromising the report, he stayed on the side of the Nigerian people.

“His claim of an overture to him to compromise the report is perfidious and false. We respectfully enjoin Mallam Nuhu Ribadu to be patriotic enough to name the proponents of this compromise.

“If Ribadu claims that to be serving on the committee he is on the side of the Nigeria people, on whose side is President Jonathan whose idea it was in the first place to set up the task Force and approved the appointment of Mallam Ribadu as chairman of the committee?”

The report, which was submitted to President Goodluck Jonathan last week Friday, indicts the Nigerian National Petroleum Corporation for sundry economic crimes. The report became controversial after the media highlighted some of its findings and recommendations before it was submitted to Jonathan.

At the submission of the report to the President, a member of the committee, and a former Head of Service of the Federation, Mr. Steve Oronsaye, openly disagreed with Ribadu. Orosanye alleged that the report did not enjoy the support of all members of the committee. Ribadu had countered, however, that Orosanye did not attend the meetings the committee held.

Okupe said the committee did not achieve the task assigned to it by the government when it was set up. He read from the covering note that accompanied the submitted report to buttress his point.

The covering note stated that “we have the pleasure of reporting the conclusion of the assignment given to the Petroleum Special Task Force in accordance with its Terms of Reference as laid out at the inauguration of the Task Force.”

But Okupe said this was not correct as the committee did not adhere to the terms of reference.

He said paragraph one of the Terms of Reference of the committee mandated it “to work with consultants and experts to determine and verify all petroleum upstream and downstream revenues (taxes, royalties, etc) due and payable to Federal Government of Nigeria.”

He added that the committee did not do this.

“Unfortunately and most regrettably, this paramount duty of the PRSTF committee could not be accomplished as stated in paragraph four of the covering letter signed by the Chairman, Ribadu and the Secretary of the committee,” he said.

Okupe said the committee had failed to carry out the very critical part of the assignment and instead passed on the duty of reconciliation and verification of the data to the government.

Though he described the report as incomplete, he however added that all the work needed to be done to rectify this would be done by the government. After this, he said a White Paper would be issued and its recommendations fully implemented by the government.