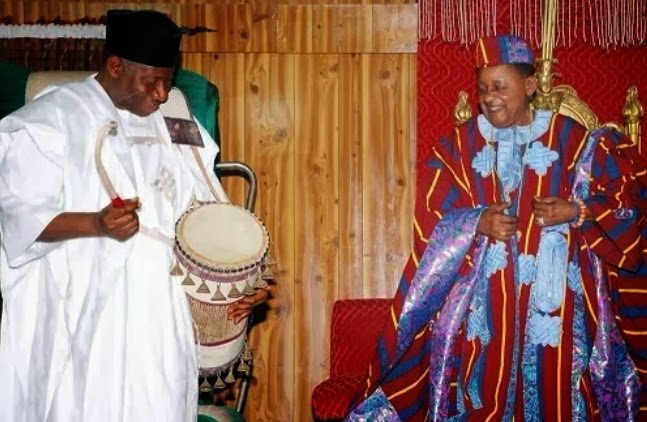 As a political move to increase his chances of winning in the upcoming 2015 presidential election, Goodluck Jonathan paid a courtesy visit to top 3 most powerful monarchs in Nigeria on Saturday February 15, 2014 where he held a secret talk with them.

As part of his tour, he also visited Alhaji Bayero, the Emir of Kano.

President Jonathan’s aides described the visit to the royal fathers as private.

Jonathan’s critics said the move is likely to increase his chances of winning in the upcoming 2015 Presidential election.

See photos from the visit: 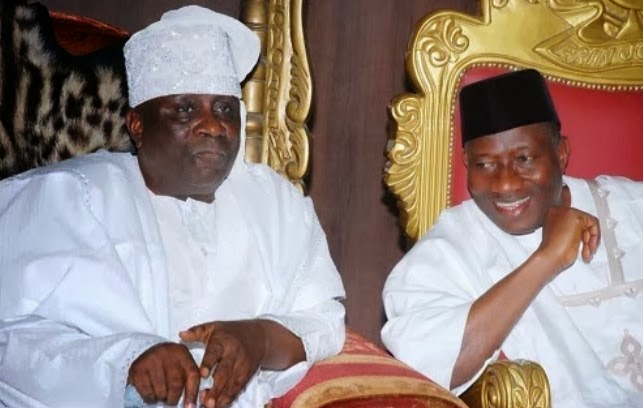 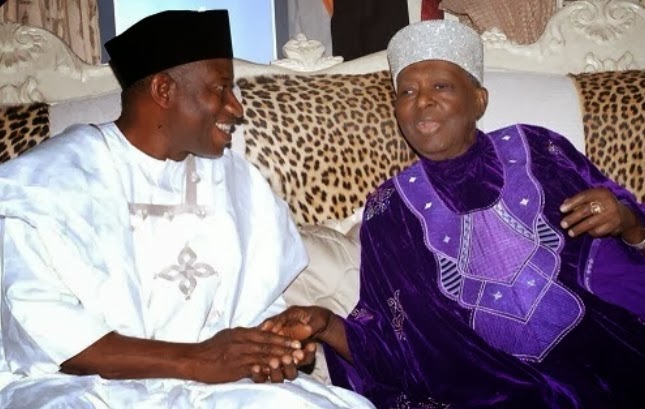 Jonathan with Ooni of Ife Jonathan at Emir of Kano’s palace 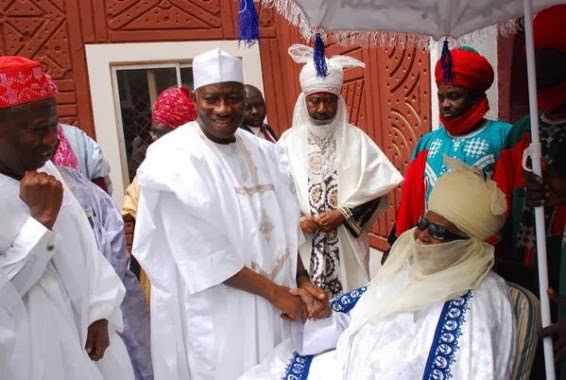 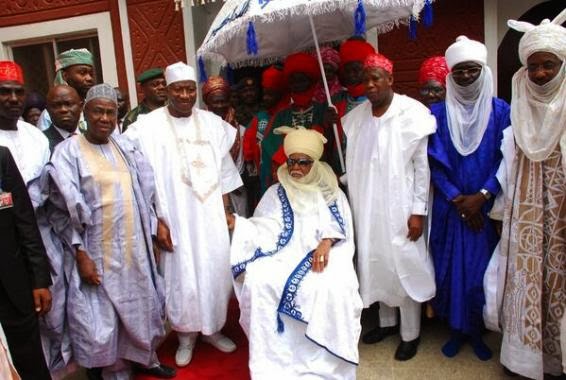 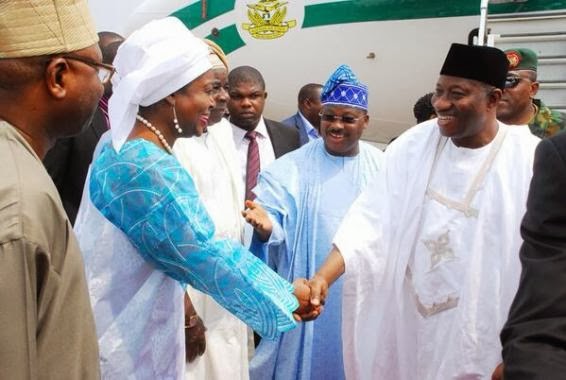 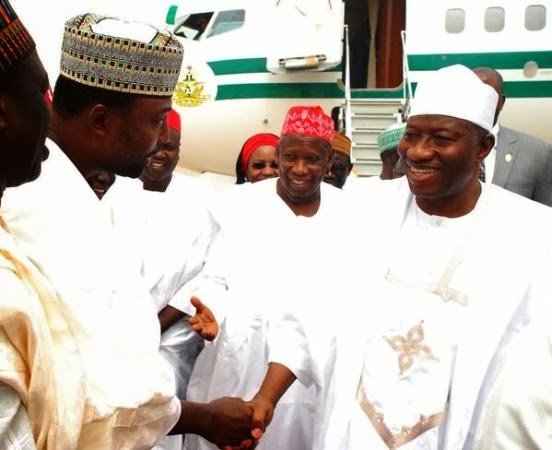 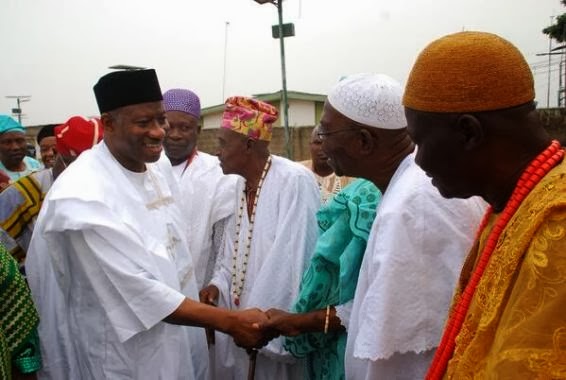 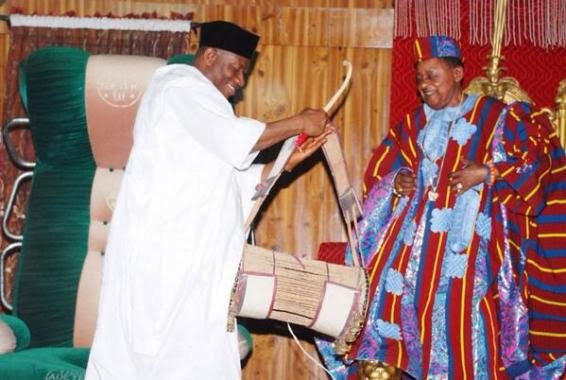 Jonathan playing with talking drum at Alaafin of Oyo’s palace 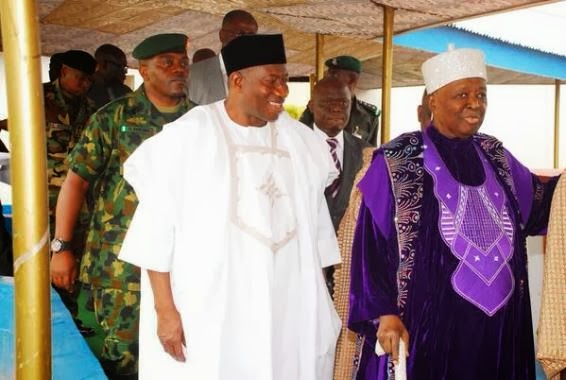 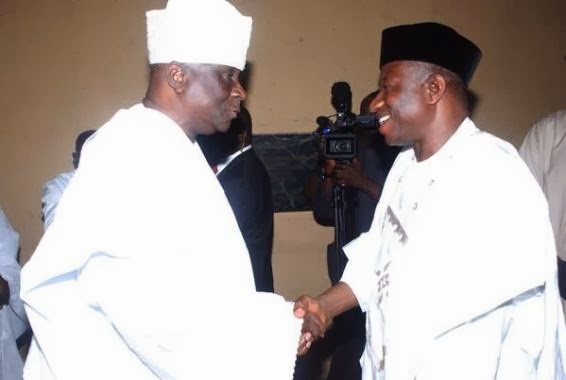