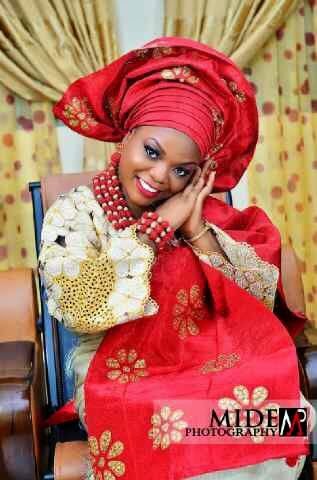 Letter to President Jonathan from the father of a lawyer killed in Ogun state by OPC militants recently.

The outgoing President Goodluck Jonathan has, by virtue of his empowering miscreants, who go by the name Odua Peoples Congress (OPC), sent me and my family into a deep mourning since last Wednesday. The president, by the unconstitutional empowerment of the ethnic militia, which have, through their clashes with pipeline vandals, killed so many innocent Nigerians particularly in Arepo area of Ogun State.

My daughter, Damilola Adebimpe Fajana -Née Ojo was killed in cross fire while driving back home after a hard day’s job.

Damilola was a 26 year old pregnant lawyer. She was a graduate of the University of Ado Ekiti (EKSU).

President Jonathan is linked to her death by the reason of his patronage of people who have no basic training in arms and weaponry in the business of pipeline protection, which is a very dangerous security enterprise that is supposed to fall under the purview of trained Nigerian security agencies.

President Goodluck Jonathan is culpable of the death of Damilola Fajana and that of others by the virtue of his morbid desperation for political power which led him to awarding this senseless contract of his to OPC in return for political support in Lagos State. 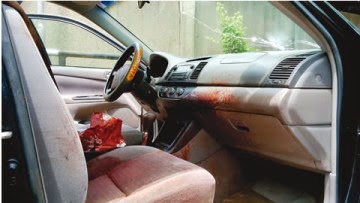 He is equally guilty of my daughter’s death by his withdrawing the trained security personnel, the police, the army and the civil defence corps from doing their constitutional duties of protecting Nigerian people and their properties and replacing them with untrained miscreants by the name of OPC.

President Jonathan’s hands are soiled by the blood of my daughter by his promoting ethnic militia groups which messed up our established security system and allowed armed thugs and touts to go after pipeline vandals in a high density civilian area in an disorganised manner. He has by this shown that he has lost confidence in the Nigerian security system.

Jonathan’s actions and inactions have directly led to the death of Mrs Damilola Fajana Née Ojo and many other innocent Nigerians who were law abiding and obedient people going about their lawful businesses.

My take on this is that President Jonathan has openly displayed an undying hunger for political power but pretending to be meek and humble, but thank God that Nigerians have not failed in seeing this by voting him out in the March 28 presidential election.

It is my hope that the incoming General Buahari administration will revoke this obnoxious and misplaced pipeline contract, and restore peace and normalcy back to Arepo and its environs.

This can only be done by returning the Nigerian security agencies back to the area. This will stop the current bloodletting and unnecessary blood shedding of innocent Nigerians, just because a desperate man like Dr Jonathan wants to win election.

By this, the death of my pregnant daughter Mrs Damilola Fajana Née Ojo, my unborn grandchild, and that of others will not go unpunished.

It is my hope also that the Ogun State government, will institute a probe panel into this notorious and inhuman killing and maiming of innocent Nigerians resident in Ogun State all in the name of protecting petrol pipelines.

As for Dr Jonathan, I will not curse but will not also pray for him. But all I will say is that God will judge him accordingly if his decision of arming ethnic militias has done more harm to the Nigerian people than good. And to his co-travellers in the business of looting and killing Nigerians in the name of protecting pipelines, may peace and harmony be strangers in their homes just like they did to my home over the avoidable killing of my meek and promising daughter whose light they extinguished in her prime.

May the good Lord grant Barrister Damilola Adebimpe Fajana Née Ojo and other innocent Nigerians who were victims of President Jonathan and his OPC killer contractors eternal rest and our families the fortitude to bear the loss.