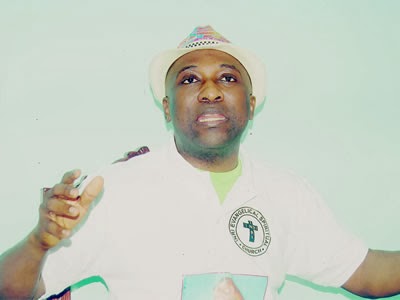 “You see, this is a challenge that calls for national prayer and mourning, yet, government is going about their businesses as if nothing has happened.

“If they want to impeach a sitting governor or president now, all hands will be on deck. They can afford to fast, pray, employ all strategies, hold consultation meetings and do everything to retain him in power but on the issue of this tragic abduction, it is unfortunate that there has been so much talk but little action.

“Now the parents are dying as a result of anxiety, grief and its attendant problems. We can only pray that God will show us mercy and help us out of this imbroglio that is about to consume us.”

He also calls for serious prayers against terrorism spreading to the South-West & South-South.

In his characteristic way of foretelling upcoming events at both local and international scenes, Prophet Ayodele, who few days ago predicted the impeachment of the erstwhile governor of Adamawa State, Murtala Nyako, warned that there will be similar crises in Edo, Nasarrawa and Rivers states.

“The five governors that decamped from PDP to APC will face impeachment threats.

“In fact, I do not see Nigeria remaining as one because democracy and religion are the core issues that will rent us apart. Nigeria needs a lot of prayers to survive this situation”, he said.

“We need serious prayers to avert bloodbath as the clock ticks towards the 2015 elections.

“In fact, the wave of terrorism as perpetrated by Boko Haram is not near extinction as we desire. Other terrorist groups will still emerge to trouble Nigerians. This is why we need united and intensive prayers”, he added.

Ayodele also warned the Inspector General of Police, Mohammed Abubakar, to be watchful as there will be series of problems in the Nigerian Police.

He also said the All Progressive Congress (APC) should not gamble with the elections in Lagos State, because, the table would turn against them if they forcefully foist a candidate that is not acceptable on the people.

“The party should not settle for business as usual and go to sleep. They must watch and play the game well if they want to continue to hold the reins of power in Lagos.”

“Also for next month’s election in Osun State, there will be pleasant surprises. The election will be peaceful though, but the outcome will be big surprise”, he said.