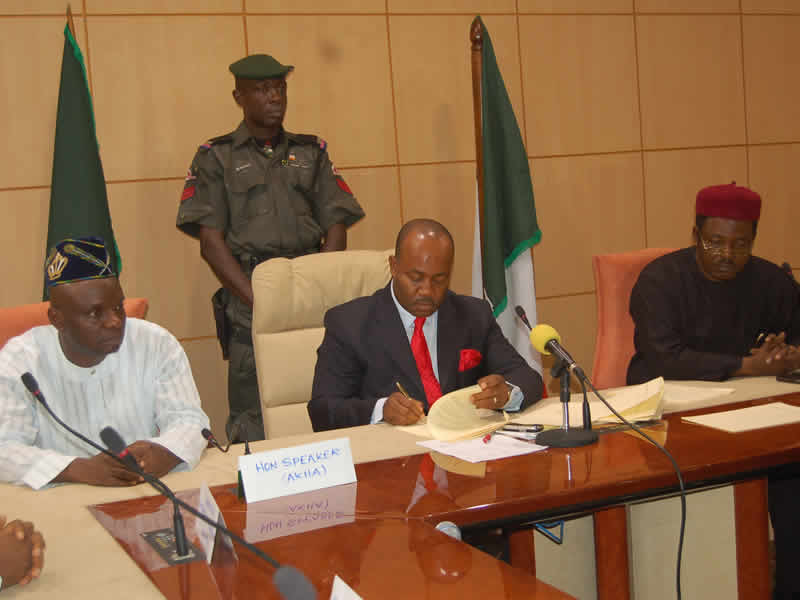 The issue of development is about grassroots, consistent Government policies, qualitative leadership and no state not even a country can truly claim to be serious about this thermometer of governance until it tackles it from the bottom;
Temperature rises from the bottom up, and when the indicators are high, it means the heat is on. And if the heat is on, it implies the following: CAUTION-Eket Senatorial District, No more 2nd Fiddle. “Jerry EDOHO”.

The heat is what is needed to have the people move from hunger to satiation, from ignorance to enlightenment, from disease to sound health, from friction to harmony, from rage to an atmosphere of peace. Eket Senatorial District with its mammoth wealth in oil resources and a vast, gloomy geography of apparent neglect, yields itself to the world of restiveness and hunger.

If the above posits is true, is it equitable and fair for Eket Senatorial District to continually breed and sustain the State with its resources?…..the answers are clear.

“Our government is the potent, the omnipresent teacher……..for good or for evil, it teaches the whole people by its example. Clack Tom. C. (1961).”

We are almost into a season of unprecedented barbarity, fanatical horde and unconscionable dimension in economic contradictions, ethnic disparities, marginalization and policies of alienation; our evolving cause of calculation is obvious that some ground-clearing falls within the responsibility and capability of individuals and groups; and as such, EKET SENATORIAL DISTRICT YOUTHS requires an overhauling and a drastic reevaluation of fundamental transformational values, norms, ethics, democratic dividends, equity and fairness as 2015 approaches.

“The above analogy specify obviously that Eket Senatorial District drumming for the resuscitation of the diminishing glory trade marked by their living Heroes is a worthy course.

Development hardly come when a state is governed by a sadist, whose perception about development is often centered at nepotism. As the 2015 Gubernatorial bell rang with echo with several known and unknown dancers roaming the streets, waging wars of political calumny , piloting sadists coup, their posters and foot soldiers bargaining for terms of compromise and soliciting for favor; we are bold to state here that we want a Governor from Eket Senatorial District with a golden heart as witness by the Government of today lead by CHIEF (DR) Godswill Obot Akpabio,CON.

Whoever will be contesting for Governorship should reevaluate his/herself and must be ready to listen to the cry of the Youths of Eket Senatorial District as a panacea for sustainable uncommon transformation to enable equation balancing.

As stated above, it is quite obvious that the above democratic values are not on the original sense of purpose, standards, quaintness idiosyncrasies and distinguishing feature among the youth to create, maintain and sustain a peacefully advanced environment devising, committed to both individual and group development, evolving, expanding and exploring new means of relevance and commitment to the overall society open to innovations within and beyond as exemplified by our past -living heroes.

It is this frenzied passion to make a difference between leadership and rulership that has persistently holds captive Chief (Dr) Godswill Akpabio CON, to spawn the uncommon transformation which defines Akwa Ibom today, a State which hitherto had no place in National calculation is today in enviable reckoning.

It is obvious that the Governor had openly and conscientiously announced that Governorship slot come 2015 be zoned to Eket Senatorial District to path ways with equity and fairness. In corroborating to actualize this aged long dream of being emancipated from total negligence and isolation, Our continuing task is to enlighten the people on the need to always be morally, ethical and socially responsible in every aspect of their endeavors hence, the formation of Eket Senatorial District Youth Assembly as a platform in which through greater awareness and sensitization our goals can be achieved.

As the clock tick and time heading towards 2015, we the youths of Eket Senatorial District are on the watch and we are ready to battle the antagonist of equity and fairness in the calculation on who and which zone is to occupy HILLTOP MANSION 2015.