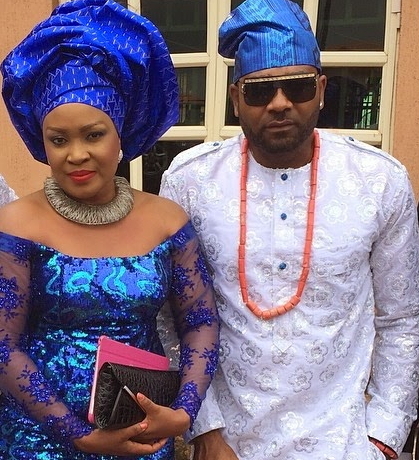 January 5, 2017 – Prince Eke: Muma Gee & I Have Divorced, I Allowed Her To Take The Kids Because They Will Slow Down My Career

In a recent chat with Razzle Dazzle, controversial Nollywood actor Prince Eke revealed that his marriage to singer Muma Gee ended about three months ago when he discovered that he could no longer endure the marriage which is meant to be enjoyed between couples.

On why he took to the social media to reveal his marriage crash, the actor said he doesn’t feel good keeping his marriage woes private any longer as he has endured so many things in the course of his 4-year long marriage.

Prince Eke who claimed to have moved on said he took to the social media for the welfare of his kids as Muma Gee allegedly abandoned them so as to ruin his acting career.

The actor said when he exposed Muma Gee on Instagram, police invited her for questioning and almost put her in handcuffs. She was ordered to go and stay with her kids or take them along to Abuja.

The alleged gay Nollywood actor said he no longer want to talk to his estranged wife again because she has also moved on.