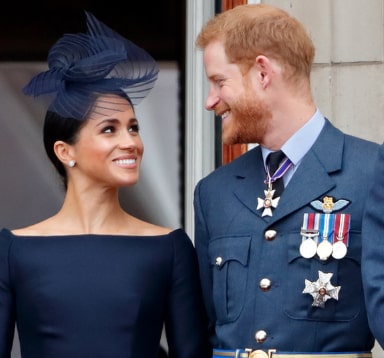 Prince Harry and Meghan Markle, have announced the news that they were expecting a royal baby in spring this year.

Since this announcement, the couple have voiced their happiness at their future arrival, with Meghan telling fans that they were excited to ‘join the parenting club’ while Prince Harry let slip a nickname for the future royal baby – ‘our little bump.’

The excited duo is still expressing their excitement with Prince Harry expressing his excitement hours ago on his twitter handle.

According to Kensington Palace @KensingtonRoyal, official twitter handle of the Duke and Duchess of Cambridge, Prince Harry couldn’t help but reference his future arrival speaking on his concerns for the future.

Responses have been kicking in from followers, as one of the followers Mercedes Dawson replies saying ‘keep up the good work harry.’’ This happened in London Thursday just while the Duke was holding a roundtable discussion with young leaders from the Commonwealth at London’s Lancaster House, taking over the role of Commonwealth Youth Ambassador from Queen Elizabeth.

‘As someone who is about to become a father, I am acutely aware of our shared responsibility to make this world more resilient and its inhabitants more accountable for the next generation,’ he announced to the room.

He said, ‘The only way to see real progress is not by chance, it’s by change Let’s get to work. Not long now until we meet the royal baby! he added.