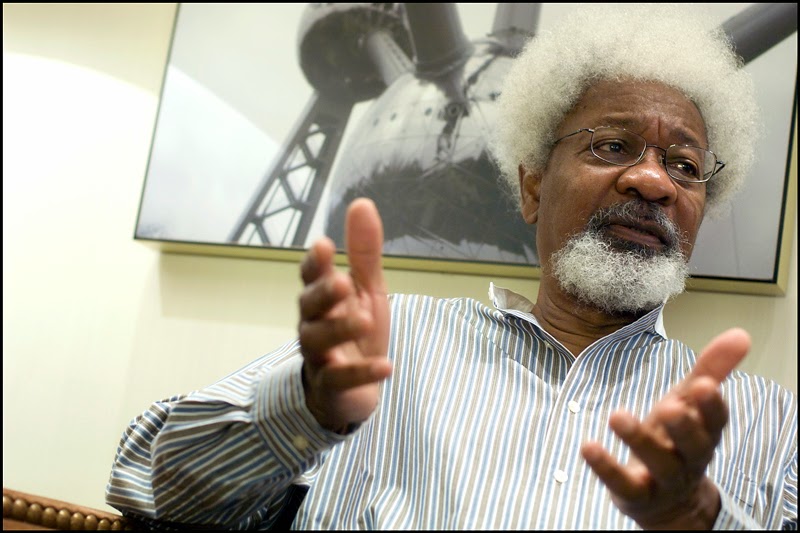 Early today, Wole Soyinka revealed to reporters during an event that he was diagnosed with cancer late last year.

The renowned poet said he chose to reveal this to the media in order to educate others in his position that cancer is not a death sentence.

The founder of African Cancer Centre in Lagos, Professor Olu Williams however assured Wole Soyinka that he would not die of cancer that he would age with the diease.

Though Soyinka first revealed his cancer battle at a news conference back in June but it wasn’t made public.

The Nobel Laureate said he is surviving the killer disease because of early detection, treatment and proper dieting, adding that it has also dawned on him that the family has a history of cancer ailment.

“For me, this is not a decision which I like but I felt I have all obligation, being a member of African Cancer Centre, and also having even donated a performance during the festival, fund raising for cancer, I am under obligation to make it known and to also demystify cancer,”.

“Many people feel it is a death sentence. Family feel it; friends, colleagues, they begin to look at you as if you are a ghost once there is rumour you have cancer. No, cancer is not a death sentence, it is curable, I have undergone the treatment and I am able to tell you that I even have a model, that’s my certificate.” – Soyinka said

Although Soyinka didn’t reveal the nature of his cancer he however said it is genetic in nature.

His father, Dr Olaokun Soyinka, the ex-Commissioner for Health in Ogun State was treated for prostate cancer.